The release, which is limited to 1000 copies, features new song "Enter Oblivion" from "Godless Prophets & The Migrant Flora", as well as covers of MINOR THREAT's "I Don't Want To Hear It" and JUDAS PRIEST's "Painkiller". All proceeds from the seven-inch will be donated to the National Immigration Law Center.

DARKEST HOUR founder and guitar player Mike Schleibaum had this to say about the release: "It is with great pride we present to you our first Record Store Day release, which also happens to be our first seven-inch record in almost two decades! This seven-inch features two covers that we recorded before the launch of our Indiegogo campaign last year. Although the songs were released for free as part of a thank you to our loyal fans, we felt they wouldn't get their justice served without some sort of physical release. In addition to the covers, this seven-inch also includes the song 'Enter Oblivion' from our new album, 'Godless Prophets & The Migrant Flora'. This song and seven-inch have a very special meaning for us.

"Having toured the world countless times at this point, we have seen the destructiveness and divisiveness that arises from nation states, borders, and immigration policies. These invisible, arbitrary lines that divide families, cultures, and humanity are archaic and obsolete. We believe that no human being is ever illegal just for existing. We believe that everyone regardless of race, religion, age, ethic heritage, sexual identification and sexual orientation should be treated with the respect and dignity that everyone deserves. A DARKEST HOUR show is a place where everyone is welcome, where individual thought is celebrated. We do not want a hive mind of loyal followers; we want a community of free-thinking individuals. It is in this spirit that we, in conjunction with Southern Lord Recordings, will donate all proceeds from this seven-inch record to the National Immigration Law Center. They are a non-profit who have been on the forefront of the fight to deliver services to those who find themselves caught in the middle of this outdated, feverishly demonic system.

"The song 'Enter Oblivion' centers on a traveler with no home and is, therefore the perfect choice for this seven-inch. Vinyl is our preferred way of enjoying music and the depth of these songs on wax is unparalleled in any other medium. If you can find this seven-inch before it sells out, get it! It will never be repressed and will always be a special part of our history. Cheers to Southern Lord Recordings for helping us make this unique record and also for echoing our thoughts. It is only together that we can turn the present tide of humanity towards the idea that we all share one world, together." 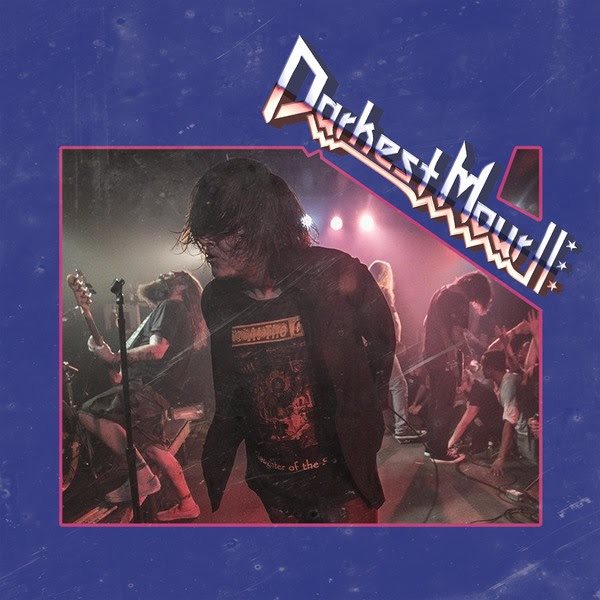