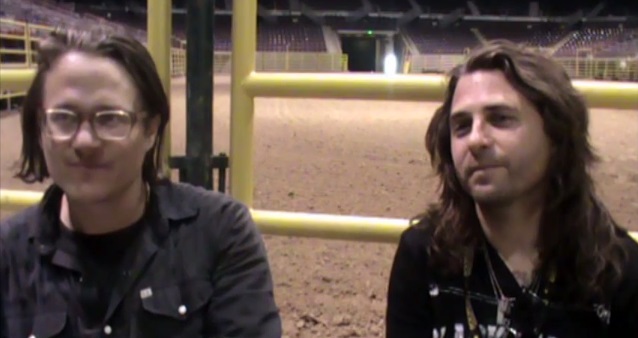 Rustyn Rose of Metalholic.com conducted an interview with John Henry and Mike Schleibaum of Washington D.C. metallers DARKEST HOUR at the July 9 Rockstar Energy Drink Mayhem Festival stop in Nampa, Idaho. You can now watch the chat below.

DARKEST HOUR will release its new, self-titled album on August 5 via Sumerian Records. The CD was recorded at Oceanic Recording with producer Taylor Larson.