DARK TRANQUILLITY was honored in the "Best Hard Rock/Metal" category at the Swedish Grammis awards (Swedish Grammy equivalent), which was held Thursday night (June 3) at Södra Teatern in Stockholm. The bands were nominated for their most recent releases, all of which came out during 2020.

DARK TRANQUILLITY commented: "We are greatly humbled and thankful for having won this year's Grammis award. Having released an album during this very tumultuous time has been a challenge to say the least but getting the recognition from the Grammis jury meant the world to us. Being in the company of the amazing other nominees NECROPHOBIC, LUCIFER, VAMPIRE and HÄLLAS sure didn't hurt either. This was a great boost of positivity and love that will drive us forward now that we are finally starting to get back to normalcy again. Can't wait to see you all very soon. Cheers!"

"Moment" was recorded at Nacksving Studios and Rogue Music by Martin Brändström and then mixed/mastered by Jens Bogren at Fascination Street Studios. It came out four years after DARK TRANQUILLITY's Grammis-nominated album "Atoma".

Founding DARK TRANQUILLITY guitarist Niklas Sundin announced his departure from the band in March 2020, explaining in a statement that he "always enjoyed the creative process more than the performance aspects of being in a band, and the required extensive touring held less and less appeal with every album." 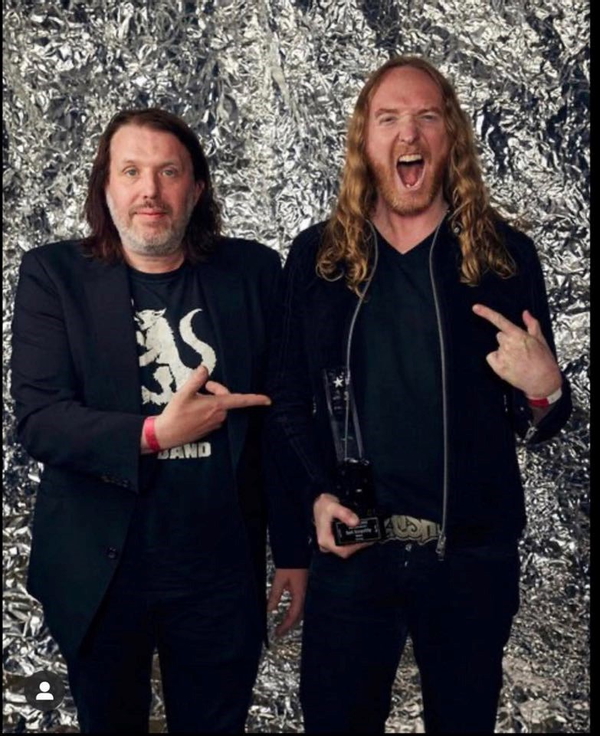