Martin Brändström (pictured below) of Swedish melodic death metallers DARK TRANQUILLITY will handle the keyboard duties for TIAMAT on their European tour in support of the "Amanethes" album, which is scheduled to start in Stockholm, Sweden on February 8.

"Amanethes" was produced by the group's mainman Johan Edlund, and was recorded mainly at The Mansion in Greece, with additional recordings taking place at Studio Mega in Sweden and Cue in Greece. The album was mixed and mastered by Siggi Bemm in Woodhouse Studios, Germany in January 2008.

DARK TRANQUILLITY was joined by THEATRE OF TRAGEDY singer Nell Sigland on October 31, 2008 during DT's headlining concert in Milan, Italy for a rendition of the song "The Mundane And The Magic" (a track that had never before been played live) and "Insanity's Crescendo". The entire show was filmed for an upcoming DVD, tentatively due in early 2009.

Century Media Records reissued DARK TRANQUILLITY's latest album, "Fiction", in May 2008 in an expanded edition in conjunction with the start of the band's North American tour. The new version is composed of a CD/DVD and features a slew of new material. 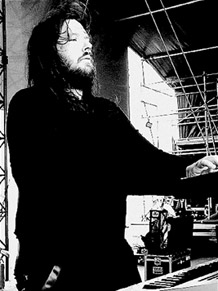