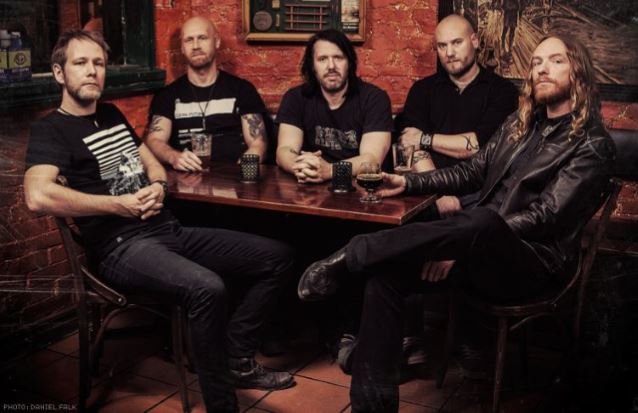 Guitarist Martin Henriksson has left Swedish melodic death metallers DARK TRANQUILLITY. He said in a statement: "I recently quit the band. I feel I have lost the passion for playing music, and DARK TRANQUILLITY deserves to have members that are 100% committed to the art. Therefore I decided it's in everyone's best interest to step aside and leave the band with the best possible ability to grow and get even stronger.

"I've had 26 years filled with wonderful memories and we made a lot of great music together, and for that I'm forever grateful.

"Thanks to all the fans, crew and other people involved that supported DARK TRANQUILLITY through the years!"

DARK TRANQUILLITY is putting the finishing touches on the material for its next studio album, tentatively due later in the year.

DARK TRANQUILLITY vocalist Mikael Stanne last year stated about the musical direction of the band's next CD: "Normally, you move on to a new album, and whatever happens is kind of a reaction to your last work. You're thinking, 'What did we do right, and what did we do wrong?' And it's, like, 'Perhaps this needs to change,' or, 'This needs to get better,' or something like that. So it's always, like, you look at whatever went wrong, or whatever you feel, like, 'Ah, this could be better.' Because you constantly try to improve, and you have to learn from your mistakes. So whatever mistakes we did, we will fix and make sure we get better. So we'll see what happens with that."