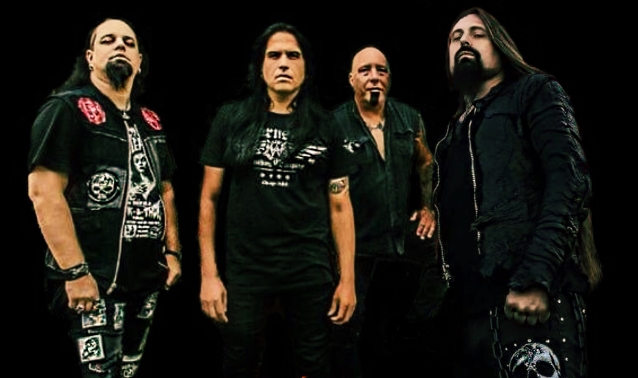 DARK SKY CHOIR's spring tour with with BOBAFLEX will kick off on April 17.

A special debut performance with Black will take place on April 9 at the "Ultimate Jam Night" in Los Angeles.

Formed in 2016, DARK SKY CHOIR originally consisted of four veterans of the local music scene playing the classic metal music they all grew up listening to. As their local popularity increased as a tribute band, it was inevitable that they soon began writing their own music.

Inspired by a lifetime love of metal, DARK SKY CHOIR brings years of live and recording experience to the stage.