"Where Shadows Forever Reign", the title track of the new album from Swedish black metallers DARK FUNERAL, can be streamed below. The CD will be released on June 3 via Century Media.The effort was recorded at the Dugout Studios in Uppsala, Sweden and was produced by guitarist Lord Ahriman and Daniel Bergstrand (IN FLAMES, DIMMU BORGIR, BEHEMOTH). The stunning artwork was created by Necrolord (DISSECTION, NECROPHOBIC, EMPEROR).

Comments Lord Ahriman: "I've said it before, but in case you missed it, I will say it again. WE ARE BACK!!! And to prove that we're really back to reclaim the throne once and for all, we now have the privilege to let you all get a taste of what is to come in the form of the epic title track of our long awaited new masterpiece! Sit back, put your speakers on max and enjoy the ride through ancient realms so forlorn and cold, the majestic realm where shadows forever reign."

Adds DARK FUNERAL vocalist Heljarmadr: "The lyrics to 'Where Shadows Forever Reign' deal with self-sacrifice. To reach further on my spiritual path, I must give something from myself. Be it material or a piece of my heart and soul, as long as it's something that deeply matters. To truly reach the world of shadows I must summon my inner shadows, my inner darkness and allow no light."

With roots in the second half of the '90s black metal scene and with tentacles in bands such as highly respected GRÁ, DOMGÅRD and CURSED 13 comes Heljarmadr, a raw force from the underground. Known as a fierce frontman, both on stage and on recordings with his previous bands, he has now stepped up and claimed a seat in the throne room of DARK FUNERAL to inflict deep scars and infect wounds in the black metal scene. The name Heljarmadr derives from the old Scandinavian languages, simply meaning "a man belonging to hell." With a lot of experience in the arts of creating dark satanic music, he is playing a key role in shaping the future vocal and lyrical direction of DARK FUNERAL. Expect nothing but excellence, pure darkness and uncompromising evil! 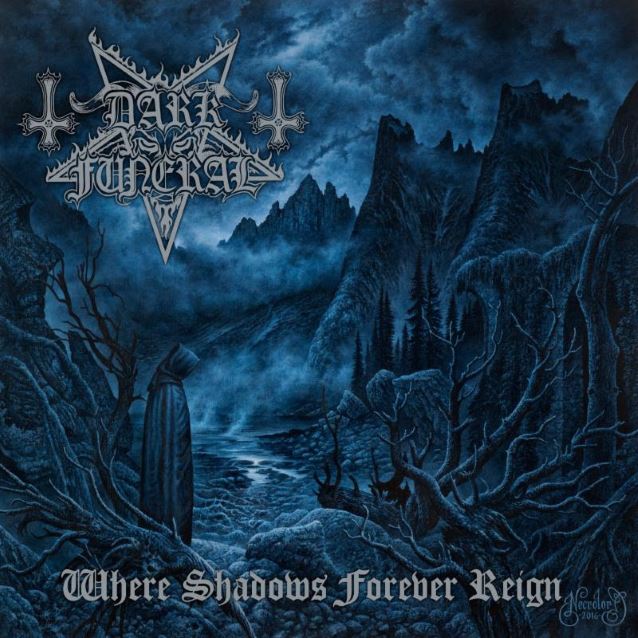