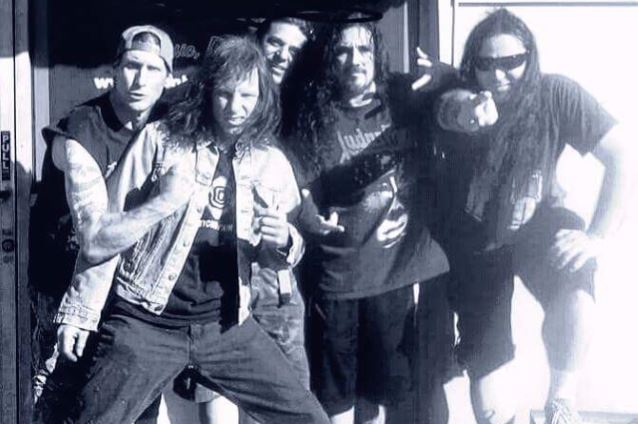 ELIMINATE is comprised of Doty, guitarists Scott Owen (HIRAX, SUBVERSION) and Henry Elizondo (DEVASTATION), bassist John Signorelli (SUBVERSION) and drummer Joe Cangelosi (WHIPLASH, KREATOR, MASSACRE). The group will perform material from the first two DARK ANGEL albums, "We Have Arrived" and "Darkness Descends", along with some surprises and new originals.

Upon completion of these shows, ELIMINATE will enter the studio to record a demo of original material that will be shopped to labels.

ELIMINATE made its live debut last November at Grindcore 2015 at Ukranian Cultural Center in Los Angeles, California. Fan-filmed video footage of the performance can be seen below.

For more information on ELIMINATE, visit the band's Facebook page. 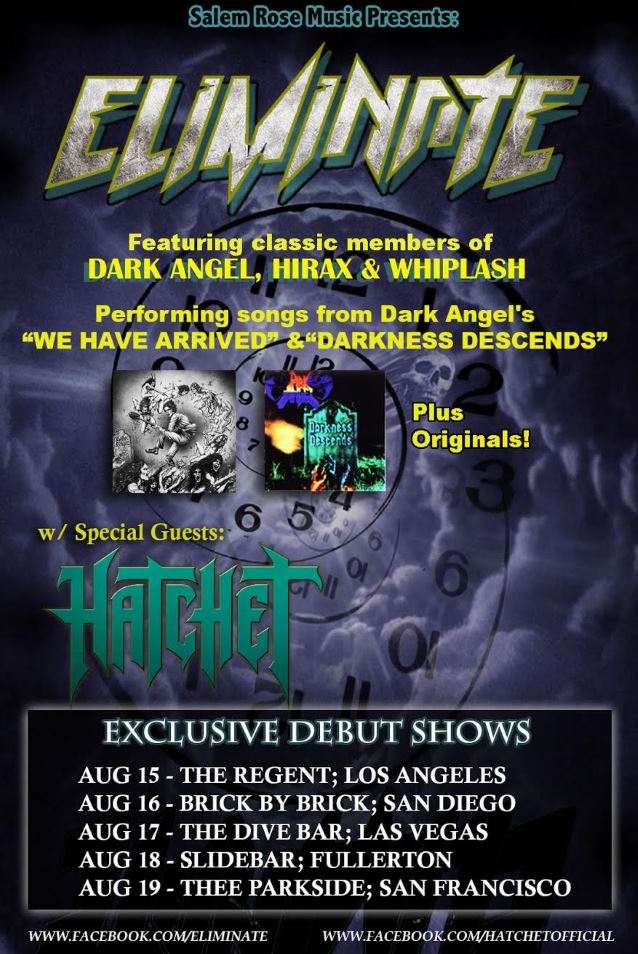