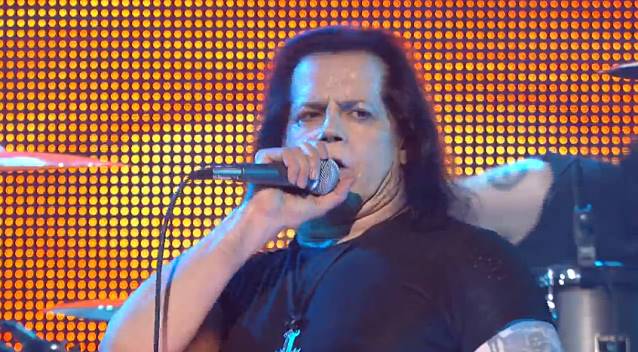 Glenn Danzig was in the studio last week with DANZIG guitarist/bandmate Tommy Victor (also of PRONG) recording three new tracks for the next DANZIG album. So far, there are five new songs that are in various stages of completion.

DANZIG's cover version of the the classic Lee Hazelwood/Nancy Sinatra song "Some Velvet Morning", featuring a guest appearance by Cherie Currie (THE RUNAWAYS), was made available for streaming last year. The track will appear on Danzig's upcoming covers album, which will also include Glenn's renditions of classic songs from BLACK SABBATH, ELVIS PRESLEY and ZZ TOP, among others.