It takes a lot to surprise New Yorkers. But on October 31, 2008 Anne Lindfjeld (host of MTV's "Headbangers Ball" for Norway and Denmark and an an international model/artist/actress) and Acey Slade (former member of the MURDERDOLLS, DOPE and TRASHLIGHT VISION) did just that by being the first couple to ever be married in the New York City Halloween parade's 35-year history. Two million ghouls and goblins attended the parade this year and were treated to one of the most unique exchanging of the vows in recent memory.

Acey and Anne met while he was on a European tour in 2006. The couple took their vows live on NY 1 TV. Check out the November 1 issue of the New York Daily News and November 5 Village Voice for more details.

Acey has been splitting his time in 2008 working on a full-length solo album and also on the motion capture characters for the multi-million selling video game Rock Band 2. This week, pre-orders of an EP titled "Sex, Murder, Art, Baby!" are being accepted exclusively through Acey's MySpace page.

"Sex, Murder, Art, Baby!" contains re-mixes by Piggy D of ROB ZOMBIE/THE EVACUATION PLAN, Skinny of DEATHSTARS, and Loopy from HANZEL UND GRETYL. The EP comes with a patch, sticker, cool "trigger case" package and is limited to just 200 signed and numbered pieces. The music is described as "the soundtrack to an after-hours bar where JOHNNY THUNDERS and DEPECHE MODE would get table service." 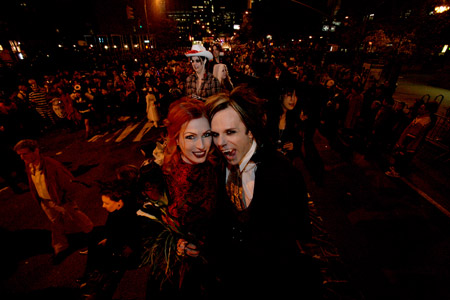 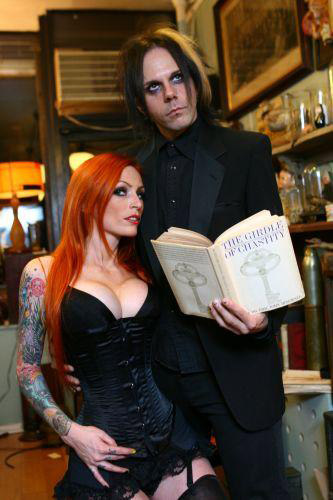 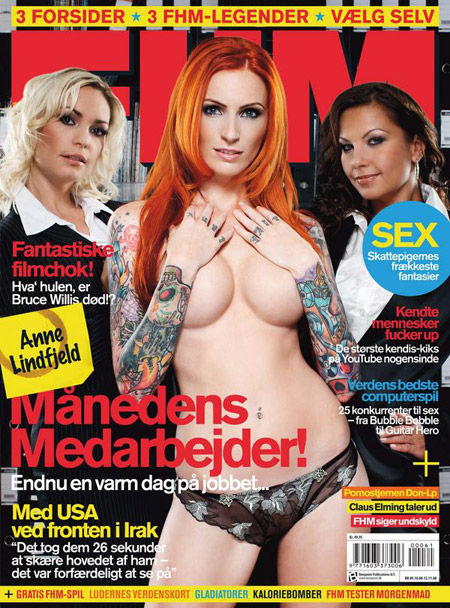