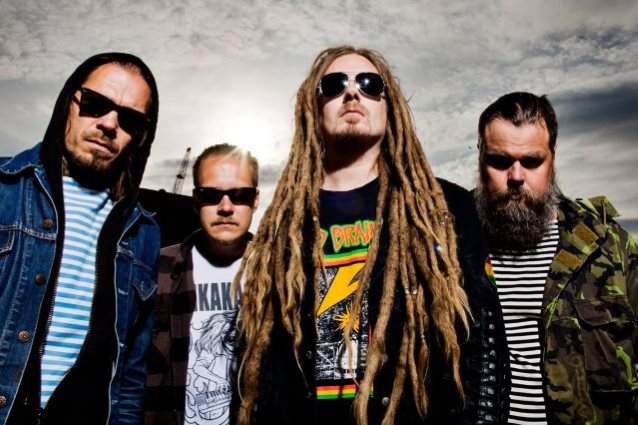 "Vol III", the third album from DANIEL LIONEYE — the Finnish band featuring HIM members Mikko "Linde" Lindström on guitar and vocals, Janne "Burton" Puurtinen on keyboards and Mikko "Mige" Henrik Julius Paananen on bass, alongside Seppo "Sepi" Tarvainen on drums — can be streamed in its entirety in the YouTube playlist below.

Due on August 19 via The End Records, the CD is described in a press release as "an album that is, in many ways, a combination of their previous two. Basking in magnetic glow of the northern lights, this album deals with an existential crisis- depression, disappointment, being lost, meaninglessness."

When formed in 2001, DANIEL LIONEYE originally consisted of Ville Valo (HIM) on drums, Mige on bass and Linde on guitar and vocals. That year, they released "The King Of Rock 'N' Roll" in Finland and Germany, a "tongue-in-cheek" psychedelic stoner rock album. Performing festival shows in Finland under the name DANIEL LIONEYE AND THE JOINT ROLLERS, their music soon reached international audiences when the title track of the album was selected as the theme song for Bam Margera's MTV show "Viva La Bam". In 2006, "The King Of Rock 'n' Roll" was the most played Finnish song in the world (right after Sibelius, of course).

In 2008, Linde wanted to do a DANIEL LIONEYE album completely different than the last. The follow-up album, simply titled "Vol II" (The End Records), was an extreme rock 'n' roll album much heavier than their first, quite noticeably influenced by black metal. The album represented everyday life- divorce, dealing with difficult situations and people, cannabis psychosis, extreme nightmares, self-realization, sex, moving on, standing up for yourself, anger management and the universe.

DANIEL LIONEYE's video for the new song "Aetherside" can be seen below. The clip was directed by Matti Penttila.

Mige stated about the video: "To prove his controversial aetherspermia thesis once and for all, Dr. Daniel Lioneye and his imaginery crew of tulpas attempted to reach out to the far side of quantum universe, and contact the unspeakable beings who occupy those dark, hallucinatory voids. The ritual succeeded beyond all expectations. Answering Dr. Lioneye's hypnotic call, a messianic alien being travelled across vast oceans of realities/possibilities, and penetrated the one we dwell in. The psychic explosion of his coming is now reverbating within the collective unconscious of our species, signaling the beginning of the age of aquarius. This is the testimony of those events." 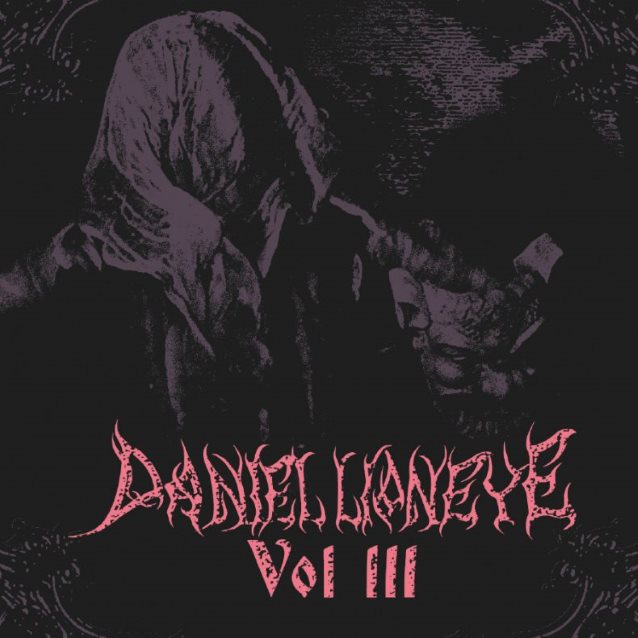