Swedish death metallers EVOCATION will release their new album, "Dead Calm Chaos", on October 31 via Cyclone Empire. The CD features guest appearances by Anders Björler (AT THE GATES, THE HAUNTED) and Swedish producer/multi-instrumentalist Dan Swanö (BLOODBATH, EDGE OF SANITY). The album was recorded in the band's own studio under the watchful eye of guitarist Vesa Kenttäkumpu.

The cover artwork by Travis Smith (OPETH, NEVERMORE, ANATHEMA) can be viewed below. 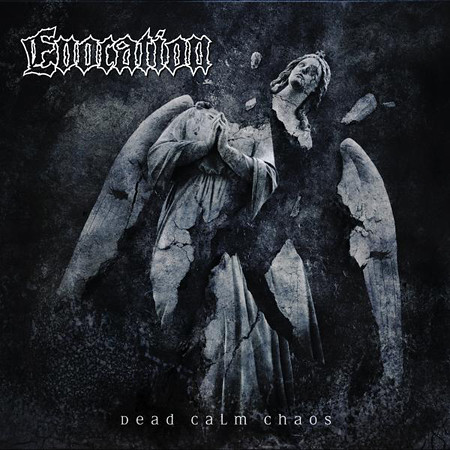