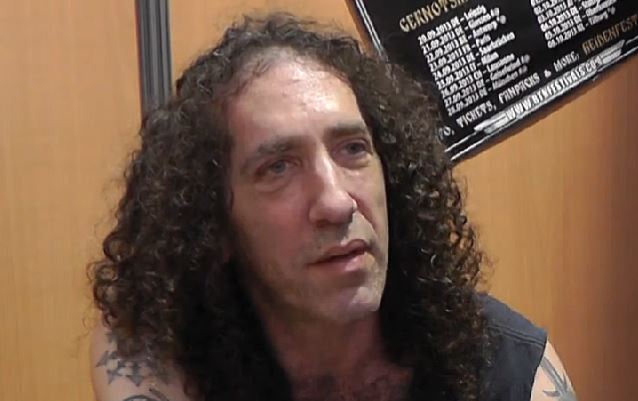 In a brand new interview with Greg Prato of Songfacts, veteran bassist Dan Lilker (BRUTAL TRUTH, NUCLEAR ASSAULT, ANTHRAX) was asked if the thought ever crossed his mind back in late 1986 to try out for METALLICA following Cliff Burton's tragic death.

"Yeah, it did," he responded. "And it crossed other people's minds, too, because that's around the time when I was going into a lot of CBGBs hardcore matinees, and people came up to me, saying with a wink, 'So, Dan, you joining METALLICA?' But I never got a call about it."

He continued: "Who knows if I would have lasted? But that's a band where two dudes make all the money and everybody else gets on the salary and they pretty much dictate exactly what they want to do. And that first METALLICA album, '…And Justice For All', that came out after Cliff died that had Jason [Newsted] on it, there's no bass on it at all.

"Dude, I don't know. I don't know if I would have been happy creatively. I mean, most of the bands I've been in, I'm one of the main songwriters and direct the nature of the music. But no, I never got the opportunity to figure out what would have happened with that."

According to Lilker, he was friendly with the METALLICA guys when James Hetfield and Lars Ulrich first came to the Queens, New York area in early 1983, "but that was about three years before [Cliff's death]," he said. "They definitely were still friends and everything, I just didn't see them as much because by then [STORMTROOPERS OF DEATH] was already over and I was mostly doing the NUCLEAR thing."

He added: "I'm sure [my name] might have popped up amongst other names [of bassists that they thought about calling to audition for the spot]. I'm sure I was in some kind of short list or something. But obviously nothing happened."