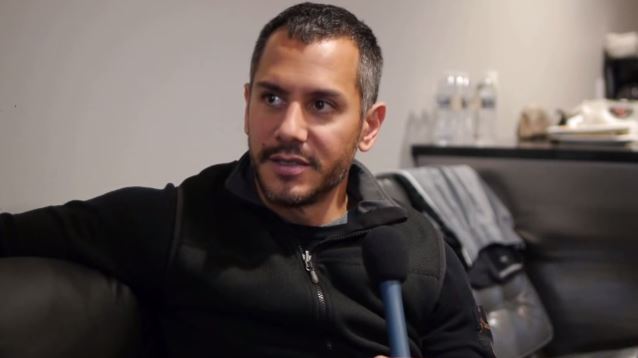 Paul Masvidal of legendary progressive rock innovators CYNIC says that the band will continue despite drummer Sean Reinert's announcement that CYNIC was breaking up.

Reinert released a statement earlier today claiming that CYNIC was disbanding "due to artistic and personal differences." He added that his "longstanding creative partnership" with Paul "has simply endured so much friction that there is no way, from my perspective, that CYNIC can be salvaged, repaired or kept afloat by any means."

"Dear fans and friends, this is all news to me. I just landed from Japan and my inbox was exploding.

"Sean didn't confer with myself or Malone about CYNIC's official breakup or the tour being cancelled.

"I'm honestly somewhat relieved it's finally over since it's been quite challenging over the years but I'm also trying to figure out how to possibly salvage this tour (with a new drummer) since the damage he's causing by pulling out at this last minute is inconceivable for me at the moment.

"Love to you all. I apologize for the drama...but sometimes life gets messy.

"P.S. CYNIC will continue one way or another."