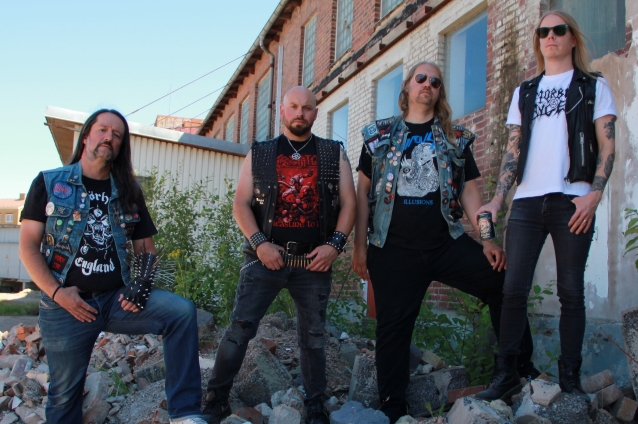 Cult German/Swedish thrash metal band PROTECTOR has released a new song called "Three Legions". The track is taken from the group's upcoming album, "Summon The Hordes", which will be released in the spring 2019 through High Roller Records. The effort will be available in both vinyl and CD, and on streaming media.

"Three Legions" was recorded at Phonostudio in Berlin and Wolfden studio in Stockholm. The album was helmed by Harris Johns, who has previously worked with SODOM, TANKARD, KREATOR, CORONER, CELTIC FROST, ASSASSIN and HELLOWEEN. Harris also produced PROTECTOR's classic album "A Shredding Of Skin".

Commented PROTECTOR vocalist Martin Missy: "We are very thrilled over our new material everything sounds dynamic and powerful. It has a nice old-school vibe as well."

PROTECTOR has released two full-length albums since its return seven years ago: 2013's "Reanimated Homunculus" and 2016's "Cursed And Coronated".