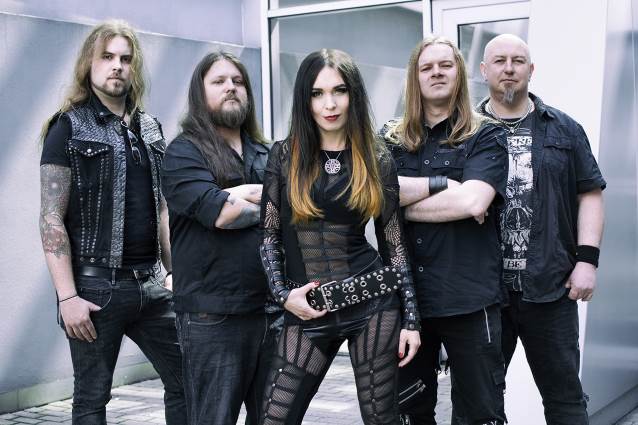 CRYSTAL VIPER's latest studio album, "Queen Of The Witches", is still hot, but the Polish metallers waste no time and strikes back with a special, limited-edition EP titled "At The Edge Of Time", which will be released on June 29 via AFM Records. The effort, which will be available as a 10-inch vinyl and digital download, includes five new recordings: three brand new CRYSTAL VIPER songs (the title track in both English and Polish version), alternate version of fan favorites "When The Sun Goes Down" and "Tell Me Why" — previously unreleased cover of the NWOBHM hard rockers QUARTZ. The cover artwork, once again painted by the amazing Andreas Marschall (BLIND GUARDIAN, RUNNING WILD, KREATOR), is matching the lyrics which were inspired by the works of the legendary British fantasy writer Michael Moorcock.

"Queen Of The Witches" featured three special guests: MANOWAR co-founder and guitarist Ross The Boss, and Jeff Dunn (a.k.a. Mantas) of VENOM and VENOM INC. appear with guitar solos in two of the songs. In addition, one of the songs is a duet between CRYSTAL VIPER frontwoman Marta Gabriel and Steve Bettney, vocalist of the NWOBHM cult heroes SARACEN. 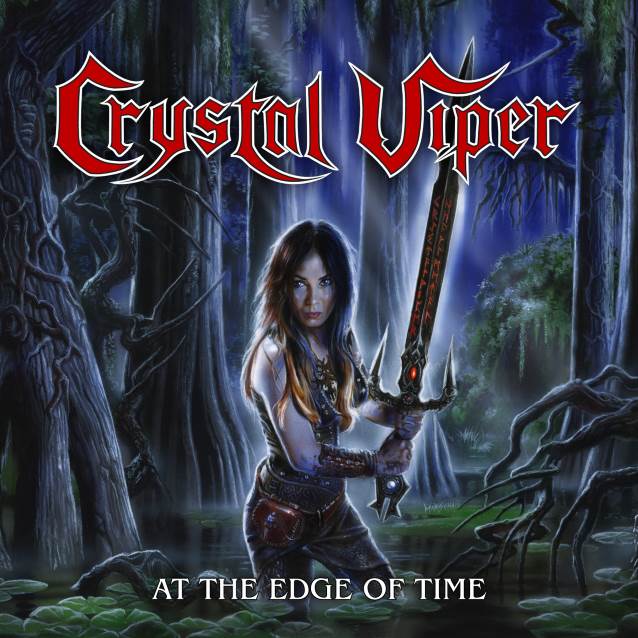