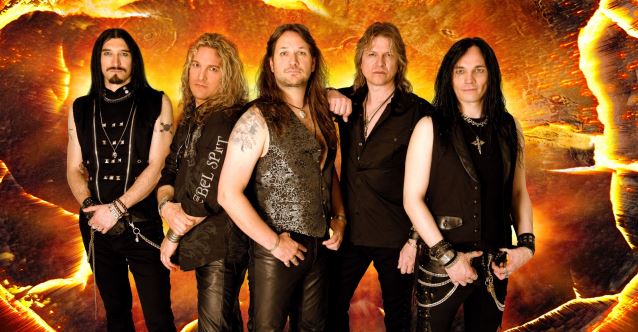 A teaser for "Anyone Can Be A Hero", the new video from Swiss hard rockers CRYSTAL BALL, can be seen below. The full clip will be released on November 12.

"Anyone Can Be A Hero" comes off CRYSTAL BALL's new album, "Dawnbreaker", which will be issued on November 29 via Massacre Records. The CD was produced, mixed and mastered by Stefan Kaufmann (former ACCEPT drummer and U.D.O. guitarist) at ROXX Studio in Solingen, Germany.

The "Dawnbreaker" cover artwork was created by Thomas Ewerhard, who has previously worked with such bands as KISSIN' DYNAMITE, RAGE, AVANTASIA and EDGUY. The standard edition of the album will contain 11 tracks, while the limited-edition digipak will feature 13 songs.

CRYSTAL BALL's new digital single, "Anyone Can Be A Hero"/"Eternal Flame", is out now. The Swiss version of the single comes with different artwork and the songs are featured in reverse order.

The band will celebrate the "Dawnbreaker" release with a headlining performance on November 29 in Lucerne, Switzerland. 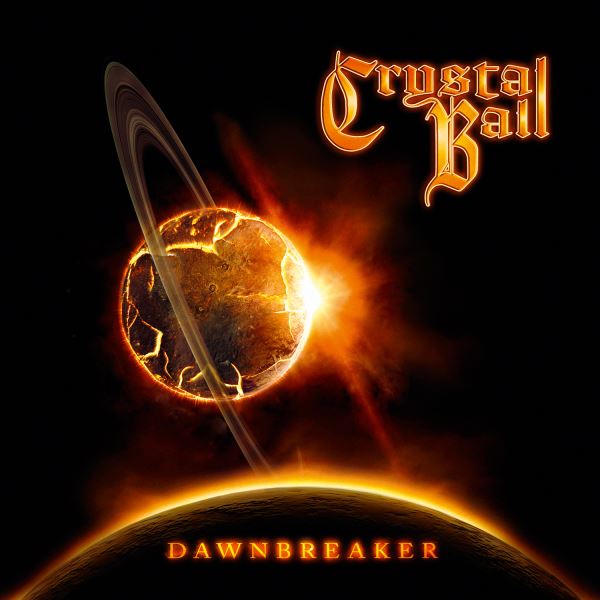