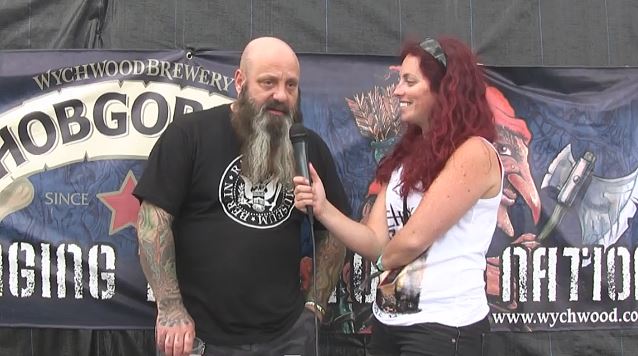 Felicity Hall of GetYourRockOut conducted an interview with guitarist/vocalist Kirk Windstein of New Orleans sludge metal veterans CROWBAR at this year's edition of the Bloodstock Open Air festival, which was held August 7-10 at Catton Hall, Walton-On-Trent, West Midlands, United Kingdom. You can now watch the chat below.