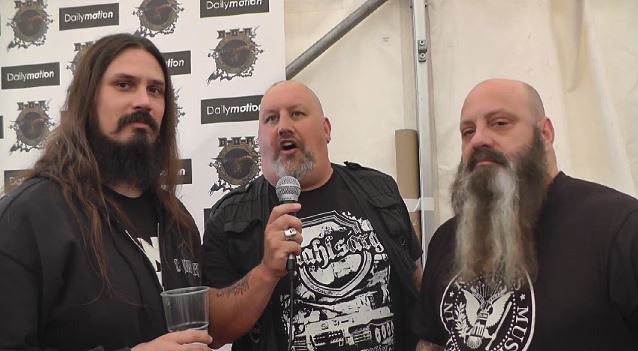 Matt of TotalRock Radio conducted an interview with Kirk Windstein (guitar, vocals) and Matt Brunson (guitar) of New Orleans sludge metal veterans CROWBAR at this year's edition of the Bloodstock Open Air festival, which was held August 7-10 at Catton Hall, Walton-On-Trent, West Midlands, United Kingdom. You can now watch the chat below.