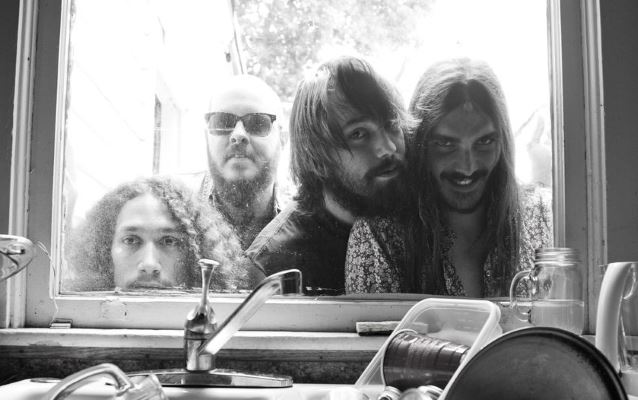 The good-time anthem and first single "Nowhere To Hide" — a track that sounds like THE BLACK CROWES driving a Camaro — has cracked the Top 20 at radio, climbing to No. 16 this week with major market support, including SiriusXM Octane, WIIL Chicago, WRIF Detroit, KISW Seattle, KXXR Minneapolis, WIYY Baltimore, WJRR Orlando and WFTK Cincinnati, among others.

CROBOT spent the past few years honing its live show and garnering a devoted following from its bombastic U.S. performances at festivals and clubs shows. After high-profile tours with CLUTCH, THE SWORD, TRUCKFIGHTERS, KYNG and KILL DEVIL HILL, the band will soon announce headlining dates for the fall.

CROBOT's video for the song "Nowhere To Hide" can be seen below.