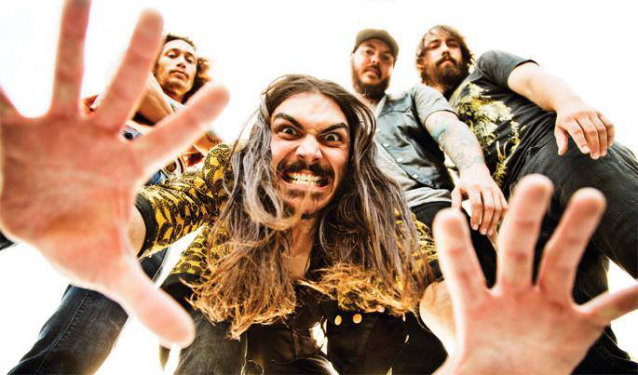 Central Pennsylvania band CROBOT will release its self-titled four-song EP on May 13 via Wind-Up Records. The tracks were produced by Machine (CLUTCH, LAMB OF GOD, COBRA STARSHIP, GYM CLASS HEROES). Machine and the band are finishing up CROBOTs debut album, which will be released later this year. "Legend Of The Spaceborne Killer" will be available April 1 for download and streaming but fans can go to CrobotBand.com now and unlock #TheLegend to get a free version of the song. "Nowhere To Hide" is going to rock radio on Cinco de Mayo: May 5.

CROBOT will be on the road in select cities across the United States in 2014, doing solo shows, touring with KYNG and KILL DEVIL HILL, and performing at Rock On The Range.