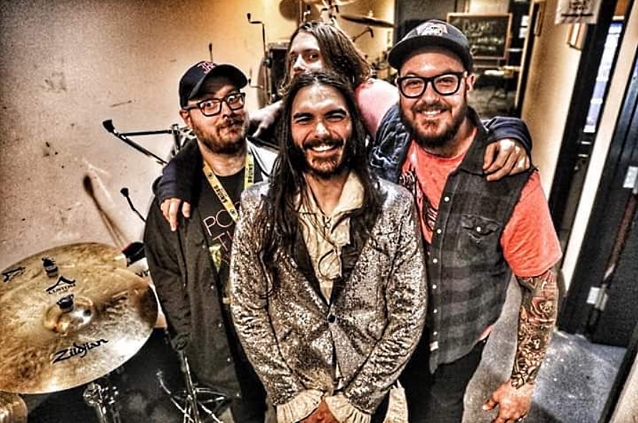 CROBOT has released a video for a new song called "Keep Me Down". Directed by Mike Danger, the hilarious clip marks the first new music from the band in three years.

CROBOT describes the song and video as "a kick to the teeth and a punch to the dick. 'Keep Me Down' lets all y'all mutha funkers know CROBOT's back and we're comin’ out swinging, baby!"

Blending funk, blues, metal and good old-fashioned rock and roll into a howling vortex of Brandon Yeagley's vocals and Chris Bishop's guitar, CROBOT has crafted a live show of endless good time rock hooks. They are currently on tour with THE DAMNED THINGS throughout May in the U.S. and will then be hotfooting it to the U.K. for some howling funk-blues-rock revelry of the finest order. They will be slamming down into the U.K. in July for eight shows with one aim: to bring both havoc and joy to the ears of Britain. They will playing six headline shows in Norwich, Manchester, Blackpool, Birmingham, London and Milton Keynes as well as festival slots at Ramblin' Man Fair and Steelhouse.

CROBOT will soon share exciting information about its upcoming album.