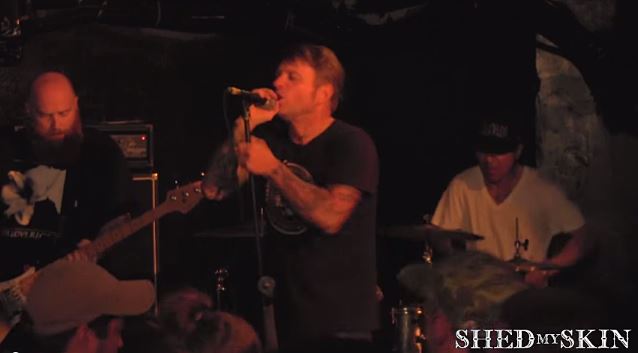 Shed My Skin has uploaded video footage of CRO-MAGS' August 2, 2014 performance at Katacombes in Montreal, Quebec, Canada. You can now check it out below.

The current lineup of CRO-MAGS features John Joseph on vocals, A.J. Novello (LEEWAY) on guitar and Mackie Jayson on drums.

CRO-MAGS' most recent studio album, "Revenge", came out in 2000, but did not feature Joseph.

The band's last LP with Joseph on lead vocals was 1993's "Near Death Experience".

An influential band from New York City, the original CRO-MAGS was among the first acts to fuse hardcore punk with thrash metal and was associated with the birth of a tougher attitude within the hardcore scene in the late 1980s. They were also one of the first hardcore punk bands involved with the Hare Krishna movement.