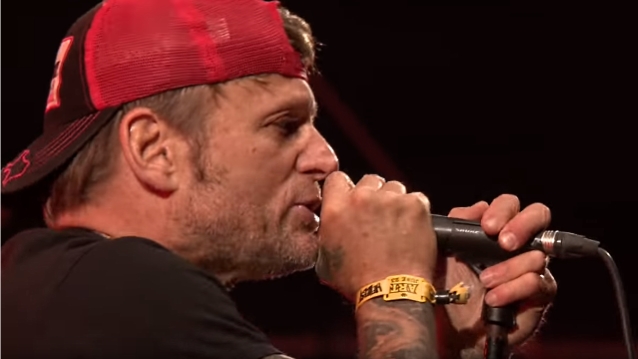 CRO-MAGS frontman John Joseph has made an appeal to President Donald Trump to end the government shutdown, now the longest in U.S. history. The political stalemate has caused some 800,000 federal workers to miss paychecks — even though thousands of government employees are required to keep working.

"Hey Trump!" the New York hardcore legend tweeted earlier today. "You already built your damn wall by dividing the people of this country - now stop acting like a f*cking five year old and let the people go back to work so they can feed their kids and pay their rent. This isn't a Reality TV Game Show."

In his prime-time address earlier this month, Trump said a wall along the southern border is key to national security, as he called for lawmakers to fund it and end a partial government shutdown. Democrats called the idea of a physical barrier across the entire border expensive and ineffective, and said the solution involves more personnel and detection technology.

Trump, whose central campaign promise was that Mexico would pay for a wall stretching across the roughly 2,000-mile border, admitted that Mexico would not directly cover the cost of the wall's construction, claiming that it will instead be paid for by revenue gained from a new trade deal pending in Congress.

Hey Trump! You already built your damn wall by dividing the people of this country - now stop acting like a f*cking five year old and let the people go back to work so they can feed their kids and pay their rent. This isn’t a Reality TV Game Show.