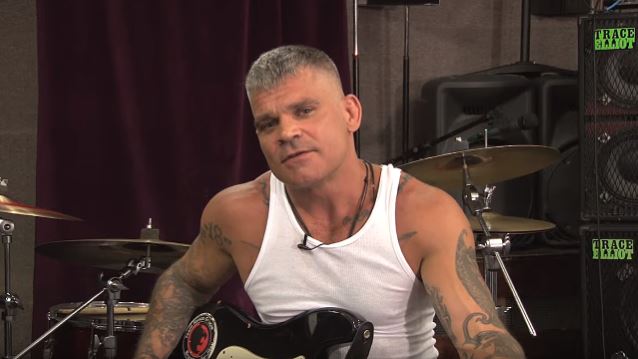 Hardcore punk and metal crossover artist and controversial New York City mainstay Harley Flanagan — founder of one of the most influential, cult-followed bands in hard music, CRO-MAGS — recently released his brand new solo album, appropriately titled "Cro-Mags", and the critics are raving. "You don't get art like this without there being some sort of mortal clash. Honestly, as this LP shows, it may very well be worth the price," states PunkNews.org. PureGrainAudio.com adds, "Flanagan hasn't lost any of the bite and venomous rage that turned him into one of the innovators of the New York hardcore scene."

"Cro-Mags" features twelve all-new tracks, boasting brutality in the vein of the CRO-MAGS' "Age Of Quarrel" and "Revenge", exploding with heavy intensity and pure anger.

It's no secret that the writing of "Cro-Mags" unintentionally surrounded Harley Flanagan's highly publicized arrest in 2012. This record is a proverbial window into his world at that time.

"I first started writing the album in 2012. My intention was to write a bunch of short fast songs- old school style- the way I did it in the early days," states Flanagan. "I started tracking all the songs myself. Originally, I tracked them all on acoustic guitar, then I put drums on some of them. Early in the project, several things in my life exploded, one being the Webster Hall incident. As most people now know, I was jumped at a show that my old band was playing. I put several people in the hospital and I was stabbed in the leg and needed 40 stitches. I was arrested, my name was dragged through the mud, I went to Riker's, and went to court several times where the charges were eventually dropped for lack of evidence. After that, I went back into the studio to finish the album."

He continues: "I have always been the kind of writer who writes from my life experiences. My music and my book are extensions of me, not fantasy or fiction or BS. I don't write fantasy type lyrics, I never have, and unfortunately this is what was going on in my life at the time and this was really heavy on my mind, so that is what came out. It made for a very aggressive album. I haven't had that type of fire in me in a long time."

Produced by Flanagan and Pete Thompson at HoboRico Studios in Hoboken, New Jersey, the album features a collection of contributing musicians. Flanagan heads up all instruments excluding drums, performed by Pablo Silva. Additional guitars were performed by Pete Thompson and other friends and musical companions of Flanagan's.

Flanagan adds: "My friend Pablo Silva came in on drums, with me playing bass. I put down some guitar tracks and then I had several friends also on guitar, including Pete Thompson, who recorded and co-produced the record with me, Sean Kilkenny, who has played with me for years, as well as many other NYHC bands, Gabriel Abularach. who had played with me in CRO-MAGS back in the 90's during the 'Alpha Omega' era, and Albert Romano."

He goes on to say: "I am in a much better place in my life now, so I'm sure lyrically my next record will be much different, but you should definitely expect more aggressive riffs and songs."

2016 continues to be a busy year for Harley Flanagan, as he will also release a no-holds-barred memoir about his life, titled "Hard-Core: Life Of My Own", this fall via Feral House Publishing. Flanagan began his career as a child prodigy drumming at Max's Kansas City for THE STIMULATORS, then bounced through the lower east side music scene on a hellish trajectory of sex, drugs, and rock and roll. He formed his band, the CRO-MAGS, distilling his hard-won street and musical knowledge into an undeniable, hardcore force of nature. Needless to say, he has a trove of stories to tell.

In "Hard-Core: Life Of My Own", Harley Flanagan details his beginnings in the drug and crime ridden New York City of the 1970s to the early days of punk rock, hardcore, and beyond. His story is rife with a cast of notables woven in and out at the most seminal moments in New York punk history and beyond.

Anthony Bourdain — famed chef, author, television personality and avid music fan — has been an outspoken Harley supporter for years. He states: "Harley Flanagan's incredible story is not just the history of New York hardcore, of which he is a founding father, but a history of New York itself. It's all here, an amazing series of unlikely coincidences, catastrophes, accomplishments, and associations. Chances are if it happened in New York and it was important and interesting? Harley Flanagan was somewhere in the room. If you care anything about music history, punk rock, hardcore or just a ripping good story, this is the punch in the face you want and need."

For more information on "Cro-Mags" and details on the upcoming release of "Hard-Core: Life Of My Own", visit www.harleyflanagan.com. 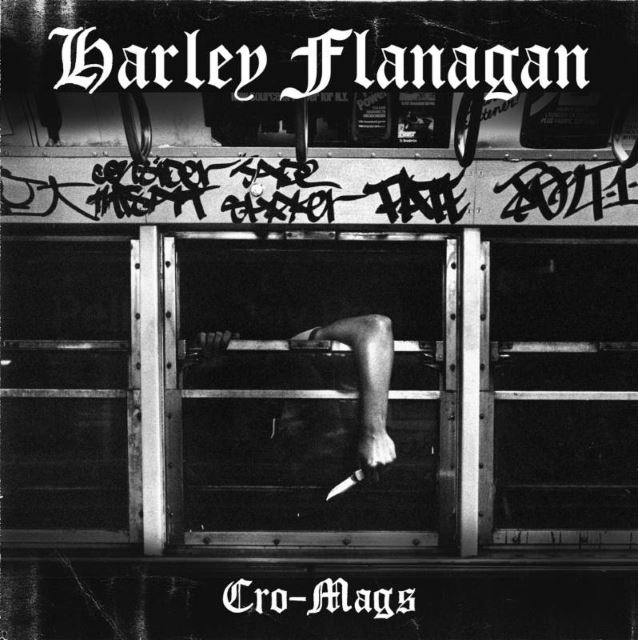