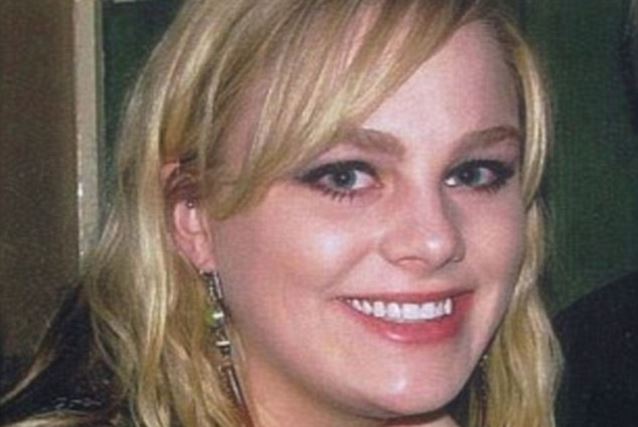 CrimeStoppers, which pays cash rewards for anonymous tips that lead to the arrest, the seizure of stolen property or illegal narcotics, or the solution to unsolved crimes, is awarding money to those who helped in the case of Morgan Harrington, the 20-year-old METALLICA fan who vanished after leaving one of the band's concerts, only for her remains to be found several months later.

Two rewards and one donation will be given away by CrimeStoppers, which does not disclose how much money has been released and won't say who received the rewards.

The money comes from donations made in the early stages of the Harrington case, including a $50,000 contribution from the METALLICA members themselves. Another $100,000 came from the Harrington family, though it's unclear if all that money is being used.

NBC29 has learned Karen Monk, woman who spotted Matthew in Texas, will get money as well a person in the Charlottesville area who helped police.

"The board determined that there were a couple of pieces of evidence that were really single of importance and we based the reward on that," said CrimeStoppers treasurer Fred Payne.

Jesse L. Matthew Jr., a former hospital worker, pleaded guilty on March 2 to first-degree murder and abduction with intent to defile in both the Harrington and Hannah Graham cases.

Matthew, who was already serving a prison term of three consecutive life sentences for sexually assaulting a woman in 2005, could have faced the death penalty in the Graham case had he been convicted at trial.

Morgan's mother, Gil Harrington, told WTOP that she and her husband were "very relieved" to see the case come to an end. She added that a plea deal was "the most humane" way to resolve the case for all involved.

"This was the most logical and compassionate way to resolve this," she said. "It made no sense to go through a trial for someone who is already facing three life sentences."

Gil Harrington previously told Noisecreep about METALLICA's involvement in her daughter's case: "It has been humbling from the very beginning. Two days after Morgan was abducted, they could have distanced themselves from an ugly occurrence. But [METALLICA frontman] James Hetfield called this house to speak to Dan [Harrington, Morgan's dad], as a father, and asked, 'What can we do?' [More than] three years out, they [still did] things. James participated with the FBI and did public service announcements."

METALLICA also invested another $50,000 in a scholarship named in Morgan's memory.

The Virginia Tech student vanished while hitchhiking home from the band's show at the John Paul Jones Arena on October 17, 2009. Investigators determined that Harrington was picked up by Matthew in his taxi van that night. Her remains were found on a farm about 10 miles from the venue in January 2010.