California's traditional melodic metal band CRESCENT SHIELD, which features the talents of former DESTINY'S END guitarist Dan DeLucie and ex-ONWARD vocalist Michael Grant, has posted a new song, "Lifespan", on its MySpace page. The track comes off the group's second album, "The Stars of Never Seen", which will be released via Cruz del Sur Music on the following dates:

The first pressing will include a limited-edition DVD of the band's entire performance at Germany's Keep it True festival in April 2008. The artwork for the CD was again created by comic book artist Gerry Alanguilan and can be viewed below.

The band is in the final stages of mixing the record with renowned metal producer Bill Metoyer, so the new album promises to be not only a step up musically but also sonically.

Video footage of CRESCENT SHIELD performing the new song "Lifespan" in March 2008 in California can be viewed below. 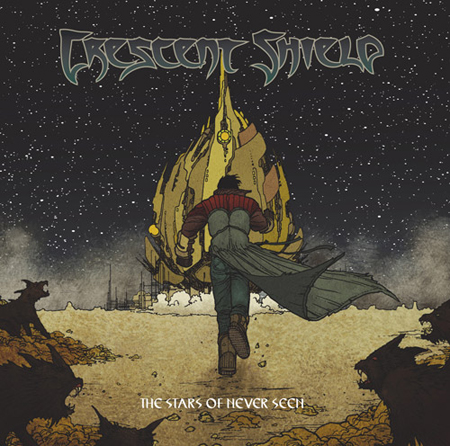