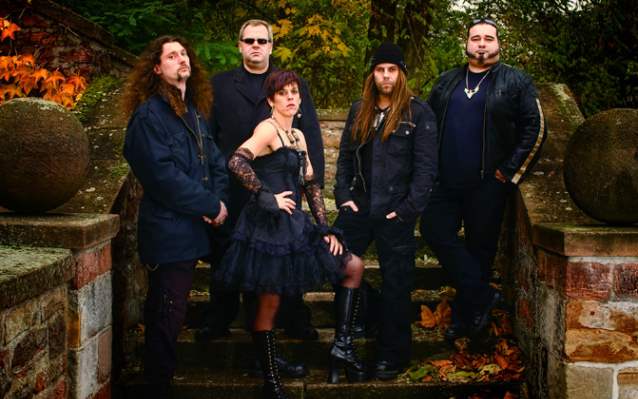 "We're really looking forward to our collaboration with Steamhammer/SPV, a globally renowned label and expert partner in what we're planning for the future," says CREMATORY drummer Markus Jüllich.

"Our fans can look forward to 'Antiserum', on which we have gone one step further than we did on our comeback album, 'Revolution', in terms of our electronic influences. In collaboration with Elmar Schmidt of Hamburg EBM act CENTHRON, we have come up with a haunting mix of metal riffs and EBM keyboards. That's why I'd refer to 'Antiserum''s musical direction as 'EBM metal.'"

The first single from "Antiserum", a song called "Shadowmaker", will be released on November 22. Jüllich says: "Even before the whole record was finalized, we knew that 'Shadowmaker' had absolute hit potential. You'd be hard put to announce our new album better than with this song."

On the day of the single launch, a special box set featuring CREMATORY's first ten studio albums in a cardboard sleeve will be made available. It is described in a press release as "an absolute must-have for all fans and collectors."

Says Steamhammer A&R manager Olly Hahn: "I am delighted that CREMATORY have opted for SPV. They're one of the leading bands in the gothic metal genre, and their latest album, 'Antiserum', impresses with its homogeneity and hit potential!"