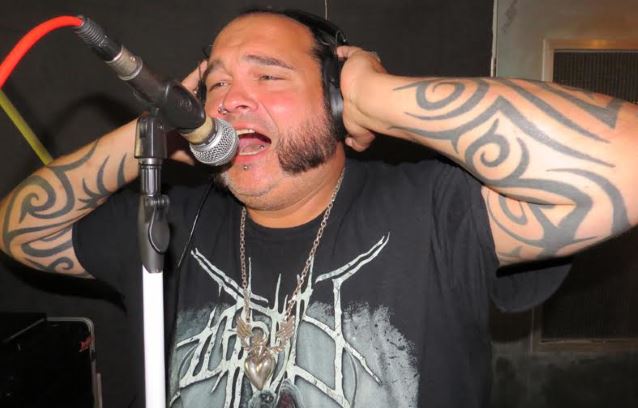 German gothic metallers CREMATORY have entered Kohlekeller Studios in to begin recording their new studio album, "Monument", for a spring 2016 release via Steamhammer/SPV to coincide with the band's 25th anniversary.

According to a press release, the musical direction of "Monument" will be "harder and darker, back to the roots!" With its new effort, CREMATORY is taking four steps back, but, at the same time, one step forward. They are returning to the good old gothic-metal days while taking advantage of the newly established twin-guitar attack and their well known talent for composing catchy tunes with keyboards and samples.

On the lyrical side, there will be the usual mix from German and English lyrics. Singer Felix outdid himself, and the clean vocals will be handled by one of the new guitarists.

Guitarist Matze recently decided to leave CREMATORY to concentrate on his private life and to explore new musical horizons. He has since been replaced by two musicians: Tosse Basler, who has been in the music business for over 30 years and has played in bands like POISON ASP, FORTY SHADES, SCAPEGOAT, AVALANCHE and EVOLUTION, on rhythm guitar and clean vocals; and Rolf Munkes, who also has over 30 years of experience in the business, on lead guitar. Rolf is also a producer at his Empire Studios, were he has worked with such acts as MAJESTY, Tony Martin (ex-BLACK SABBATH), Neil Murray (ex-WHITESNAKE, Gary Moore), Don Airey (DEEP PURPLE) and Doogie White (MICHAEL SCHENKER'S TEMPLE OF ROCK).

CREMATORY's latest album, "Antiserum", came out in March 2014 in North America and February 2014 in Europe via Steamhammer/SPV.