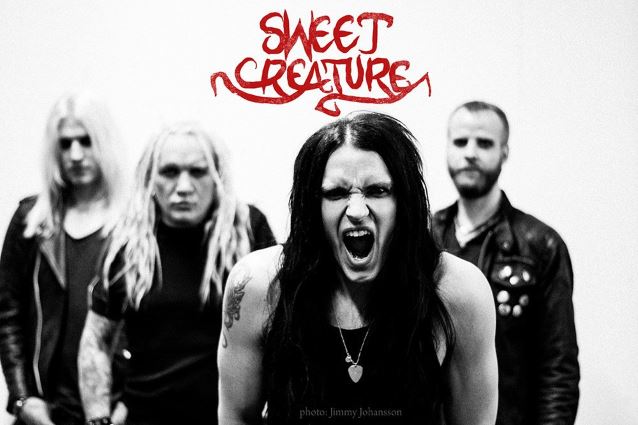 SWEET CREATURE is a new hard rock band fronted by Martin Sweet, best known as lead guitarist for Swedish sleaze rockers CRASHDÏET. Together with brother Michael of TOXICROSE on drums, Tin Star of GEMINI FIVE on bass, and longtime songwriting partner Linus Nirbrant from THIS ENDING on rhythm guitar, the group has recorded a full-length studio album due later this year. First out is the single "Not Like Others", the official video for which can be seen below. The clip was directed by Jimmy Johansson of Super Lino Puro Productions.

Martin, who is handling the lead vocals, describes the sound as classic hard rock with gloomy melodies and lyrics.

"I have all these songs that don't necessary fit in to the CRASHDÏET formula, so I figured it was time to work with other musicians," he says. "I've always sung on my own demos so taking on the lead vocals is nothing new to me."

SWEET CREATURE's as-yet-untitled album is currently being mixed at Linus's own Audiogrind Studio. The band has not yet decided on a suitable record label to release the effort.

Martin Sweet has been a member of CRASHDÏET for over a decade, with four albums and extensive global touring under his belt. Linus, a studio technician and death metal guitarist, has a long history of writing and recording with Martin. They started working on the project as an experiment in 2014 with a goal of recording a simple four-song EP. The project however, was so satisfying that the decision to make an album was inevitable.

The name SWEET CREATURE is taken from Martin Sweet, but it also comes from the devilish character on the single cover art created by A.Fyra. "He's called Vester and lives inside us all,"says Martin.

As for the status of CRASHDÏET, Martin states: "CRASHDÏET is not over. It's just sleeping and recovering from the past ten years of mayhem. Meanwhile, I'm truly excited about SWEET CREATURE." 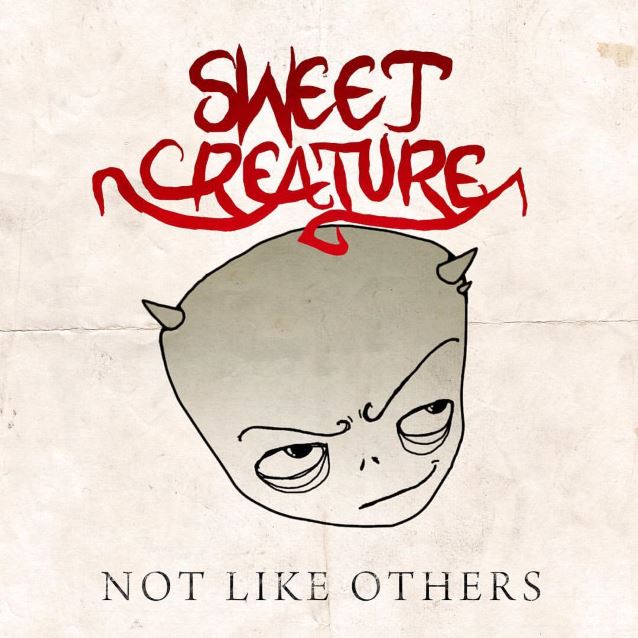