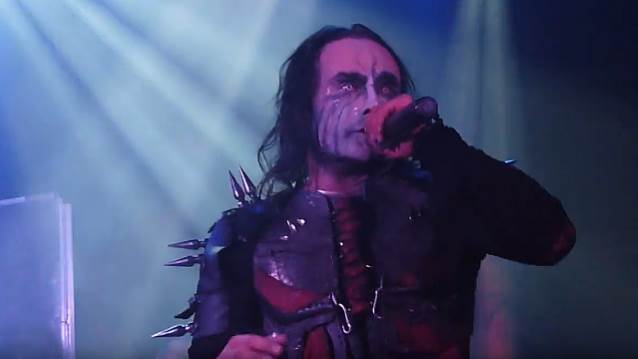 Fan-filmed video footage of CRADLE OF FILTH's October 22 performance at Academy 2 in Manchester, England can be seen below.

Asked what inspired the songs for "Hammer Of The Witches" cover, CRADLE OF FILTH singer Dani Filth told HorrorNews.net: "It was an amalgam of lots of different things, I suppose. When I began writing the album, I had a new clip of about four songs before I started coming up with an idea. You could say it is well hilted in the medieval. I mean, there is a track called 'On Christian Soldiers', which is about the first crusade and draws comparison with modern day — as do a lot of the songs, but I think the medieval scenario is the vibe that suits the material. I was working one day in my office and I have a library of books. I saw the 'Malleus Maleficarum', which is the medieval, gothic book about witchcraft that translates to Hammer Of Witches, meaning it was a tribunal, like a punishment for witches, and the book itself was like a weapon against witchcraft. Obviously, hundreds of thousands people throughout Europe were put to death throughout the inquisition period and this book was partly responsible for that, I should imagine. But, anyway, we saw it as the weapon being in the witch's hand. It is retribution, revival, reprisal, revolution and revenge. We can say that, because we are not a Christian band. So that was our interpretation of that. Then those things of revenge, revival, demonology, witchcraft which were also influenced by the area in which I live in England, which is known as a witch county." 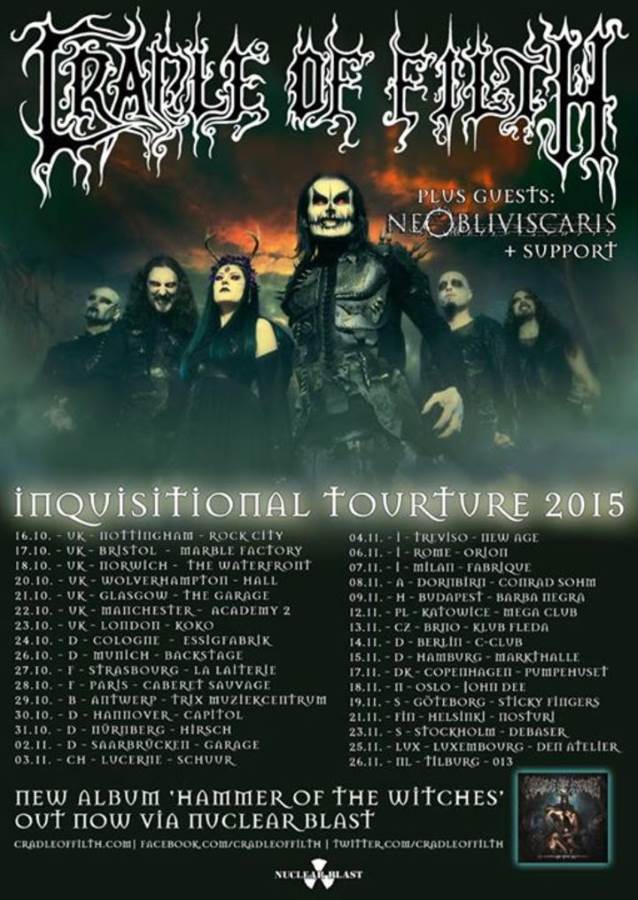