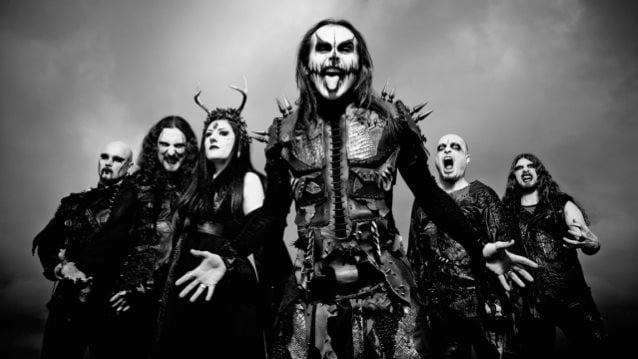 The first in a series of trailers for "Hammer Of The Witches", the eleventh studio album from British extreme metallers CRADLE OF FILTH, is available below. The CD will be released on July 10 via Nuclear Blast.

Behind-the-scenes footage from the making of "Right Wing Of The Garden Triptych", the new video from British extreme metallers CRADLE OF FILTH, can be seen below. The clip was directed by Sam Scott-Hunter (DEVILMENT, SLIPKNOT, THE 69 EYES), who also took the band's promotional photos. As well as featuring Dani Filth and his troop of reprobates, model and Kinbaku enthusiast Gestalta also makes an appearance.

Commented CRADLE OF FILTH frontman Dani Filth: "The video for 'Right Wing Of The Garden Triptych' was an immense thrill to film as it was undertaken in a jet-engine testing hangar at a former U.S. Military base close to my home town of Ipswich, followed by an equally surreal afternoon spent under the aerobatic flightpath of the Imperial War Museum. Directed by Sam Scott-Hunter, the video is a realised phantasmagoria of horror and hell-bound heartistry, fully encapsulating the beautality of the first single from 'Hammer Of The Witches', and if my flagrant play-on-words doesn't pique your interest, then the fact that it features a renowned rope bondage queen and the band in full swing just possibly might."

Dani Filth recently told Australia's "Rabid Noise" podcast about the band's upcoming album: "It's sounding amazing. It's gone back to the twin-guitar harmonies — very fast and ornate and atmospherically sppoky, but [with] lots of melody. I think it's gonna surprise a lot of people." 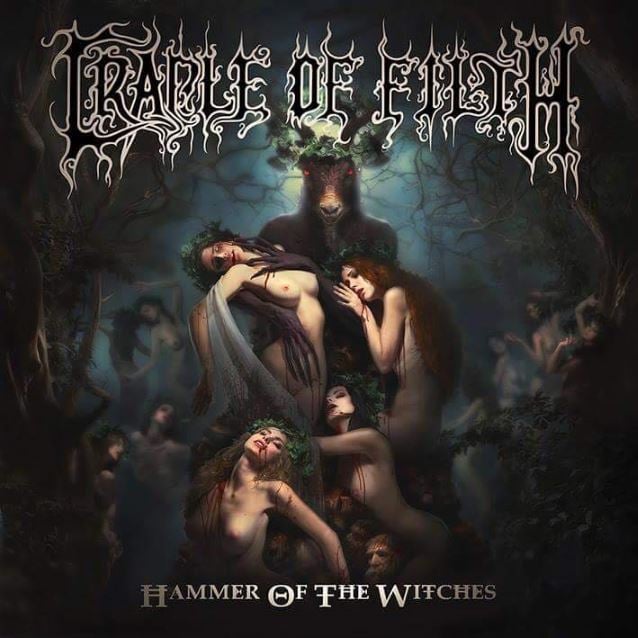