Said Renoff: "Ted told me that after he heard Roth sing in the studio in early 1977 on some demos commissioned by Warner Bros., he started having serious concerns about Roth's vocal ability, hence the flirtation with calling Hagar. But Ted made clear that this was nothing more than a thought that he toyed with for a few days in his own head. Roth, as I document in the book, redoubled his efforts to improve his voice by taking vocal lessons in 1977. The other key point is that Templeman says he knew that the other three never would have tolerated the idea of kicking Roth out for Hagar."

According to The Pulse Of Radio, Renoff, like classic BEATLES authors who discovered the "Fab Four's" true story in the clubs and bars of Liverpool and Hamburg, interviewed dozens of locals that bore witness as VAN HALEN became the biggest band on the planet by playing wildly out of control backyard parties where they attracted hundreds upon hundreds of fans, while slowly making progress in the clubs and dive bars in outlying Los Angeles towns before finally breaking the Sunset Strip.

Renoff sheds light on how the Van Halen brothers were never particularly smitten with David Lee Roth — either personally or as a singer — yet after three failed auditions for their pre-VAN HALEN band MAMMOTH, his ownership of the all important P.A. system helped him gain entree into their good graces. "I think it was always — especially for the Van Halen brothers — a series of compromises," he said. "I think they understood what they needed, which was somebody like Dave. They needed a guy out front. They needed that."

He continued: "One of the most amazing things was that, y'know, when people would tell me what MAMMOTH was like; which was the three-piece — it was a bass player Mark Stone, Ed and Al. It was just like seeing BLACK SABBATH, they said. It was just like the hair was down their face, it was long hair, and they're in front of the microphones, they're kind of banging their heads — they had no stage presence at all." 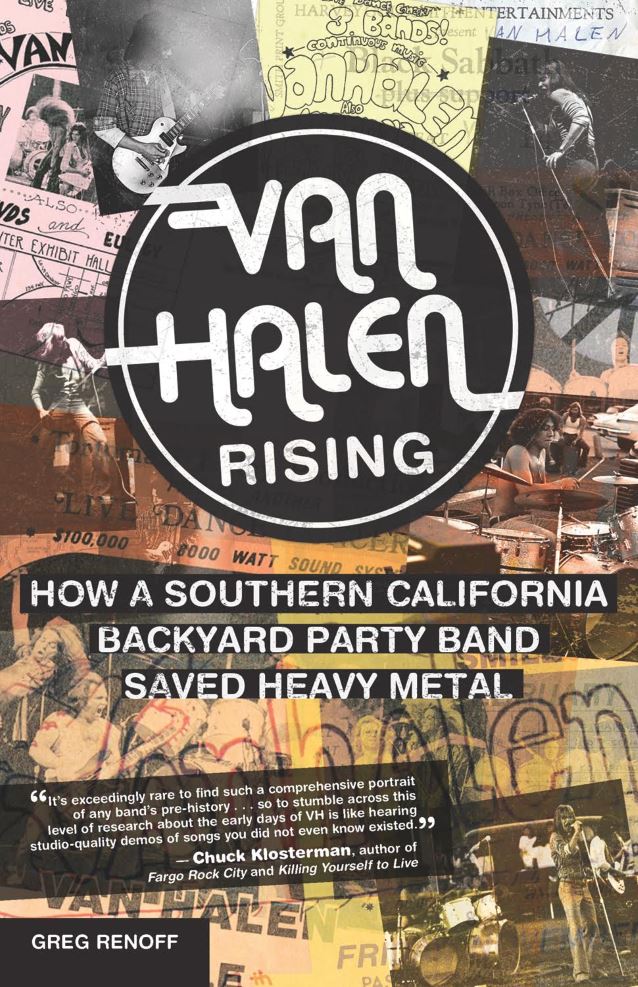