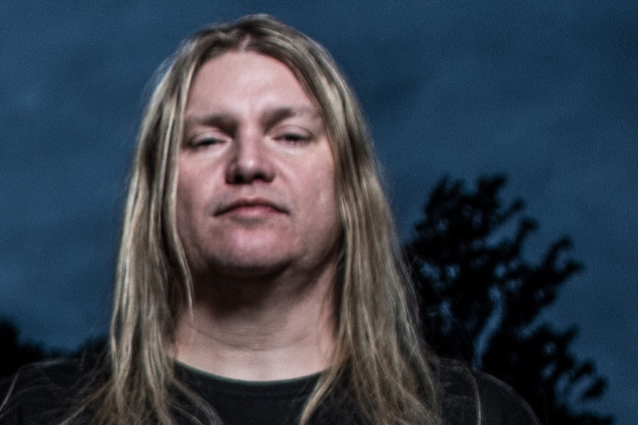 The remaining members of CORROSION OF CONFORMITY have paid tribute to their drummer Reed Mullin, who died on Monday, January 27. He was 53 years old.

Earlier today, the CORROSION OF CONFORMITY social media channels were updated with the following message: "A badass drummer: Reed could play all of the metal stuff, cymbal grabs, proto blast beats with only one bass pedal. He could cop one hundred different styles and reference them in his own way. Everything from Earl Hudson and Clive Burr to Neil Peart (RIP) to Mitch Mitchell and Bill Ward. From John Bonham to Phil Taylor and Nicko McBrain. All the while he was creating his own thing, odd times and polyrhythms played nonchalantly, powerful, simple, deliberate sections, all of the possibilities were in fact possible but utilized thoughtfully, in the proper place, for the proper effect, as the song demanded. Musically speaking, what more could you ask for?"

When Mullin suffered his alcohol-related seizure four years ago, Dean said in a statement that the episode had been "preceded by prolonged, extreme and unhealthy levels of alcohol consumption, not taking care of himself and who knows what else." Mike went on to say that he and his bandmates would "not enable Reed to continue killing himself on our watch."

A badass drummer:
Reed could play all of the metal stuff, cymbal grabs, proto blast beats with only one bass pedal. He...

Posted by Corrosion Of Conformity on Wednesday, January 29, 2020