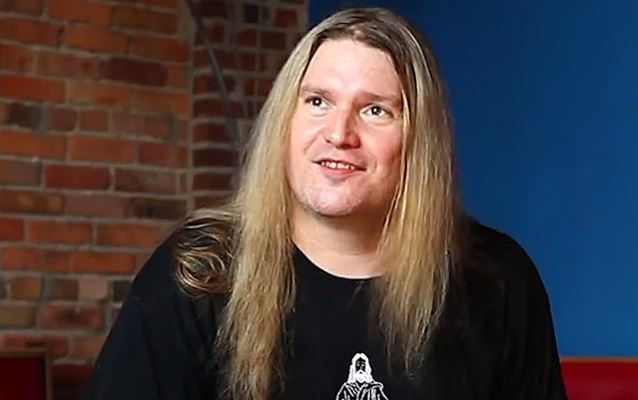 Due to a torn rotator cuff, CORROSION OF CONFORMITY drummer Reed Mullin has been forced to sit out the band's upcoming live dates.

Reads an official statement from the band: "We are sorry to announce that Reed Mullin will not be onboard for this tour. He's been playing through pain, awaiting a strategic time to repair a full tear of his rotator cuff. That's a seriously bum shoulder. So he's going to get that repaired and rehabbed. During the interim, we've enlisted Mr. Eric Hernandez, formerly of KYLESA, to help us until then. Eric came to our attention when we approached Rick Smith of TORCHE about filling in and he recommended Eric, who he grew up with in Miami. Eric has also filled in for Ricky in TORCHE a few times with great results. He is, like Reed, a hard hitter, and thankfully possesses the capacity to learn and digest detailed material quickly and accurately."

CORROSION OF CONFORMITY is currently leveling the stages of New Zealand and Australia, which will be followed by a two-week North American run, scheduled to commence on August 20 in Spokane, and come to a close in Vancouver on September 1. The band will be joined by BL'AST!, BRANT BJORK & THE LOW DESERT PUNK BAND and LORD DYING.

CORROSION OF CONFORMITY's new album, "IX", was released on July 1 via Candlelight. The CD was produced by the band and longtime comrade John Custer.