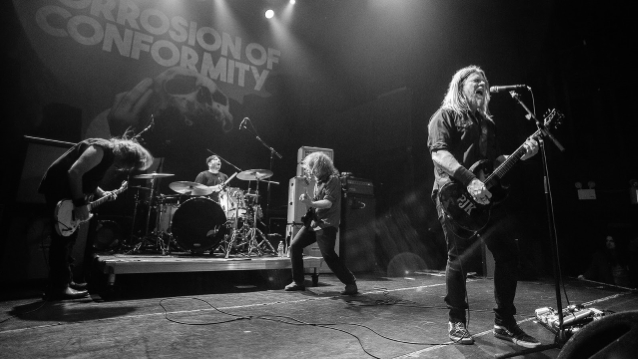 CORROSION OF CONFORMITY will return to Europe in April and May 2020 for a 16-date tour. The trek will include 12 headline shows with support from Arizona's SPIRIT ADRIFT. The remaining dates will be festival shows, including appearances at Desertfest London and Berlin.

Bassist Mike Dean states: "Since the release of 'No Cross No Crown', we have developed some serious chemistry within the band and we've been stretching out and improvising a bit. Now we are excited to keep the momentum going and get back to Europe and the U.K. with SPIRIT ADRIFT."

* CORROSION OF CONFORMITY only

CORROSION OF CONFORMITY's latest album, "No Cross No Crown", came out in January of 2018 via Nuclear Blast Entertainment. The LP — recorded in North Carolina with longtime producer John Custer — was the group's first studio effort with guitarist/vocalist Pepper Keenan in more than a decade.

This past summer, Dean told the Boston radio station WAAF about drummer Reed Mullin, who is currently on hiatus from CORROSION OF CONFORMITY: "People are counting on you, so to keep yourself in the role, you've got to deliver what you say you'll deliver for starters... I know several people that have reached that point. You wish the best for them, but there's just a point where you've got to right the ship."

Dean also talked about C.O.C.'s plans for a new album, saying: "We're going to be touring on into the spring, and [then] I think it's time to get to work on another record. There could be a left turn, because we haven't really gotten to that intersection yet. We do a little bit of jamming live, so we want to incorporate some of those places that we've come up with through improvisation and started solidifying a little bit within the jam. Maybe there's subtle ways that we'll be playing older songs where we get an idea about where we're going — particularly if we use [recent touring drummer] John Green to play drums. Should that happen, there's definitely a few ideas developing. It just depends... there's people squirreling some riffs right now, squirreling some lyrics. I don't see any real drastic departures. Maybe a few surprises... It's about generating some content and taking a little step back and seeing what stuff you're going to work on, being a little critical but not trying to prescribe ahead of time what the agenda is, other than we want to make some music that expresses where we're at right now, and we want to make sure it's good [and] that we want to listen to it... If somebody has a real strong Roger Waters-like agenda, that would be cool — we could try that and follow that where it goes — but I think it's really more about, 'Okay, we have this song and that song and that song. How can we make them the best they can be and string them together in a way that reminds you of an album that you heard when you were a kid, when the concept of an album being a unified thing was more prevalent that it is today?'" 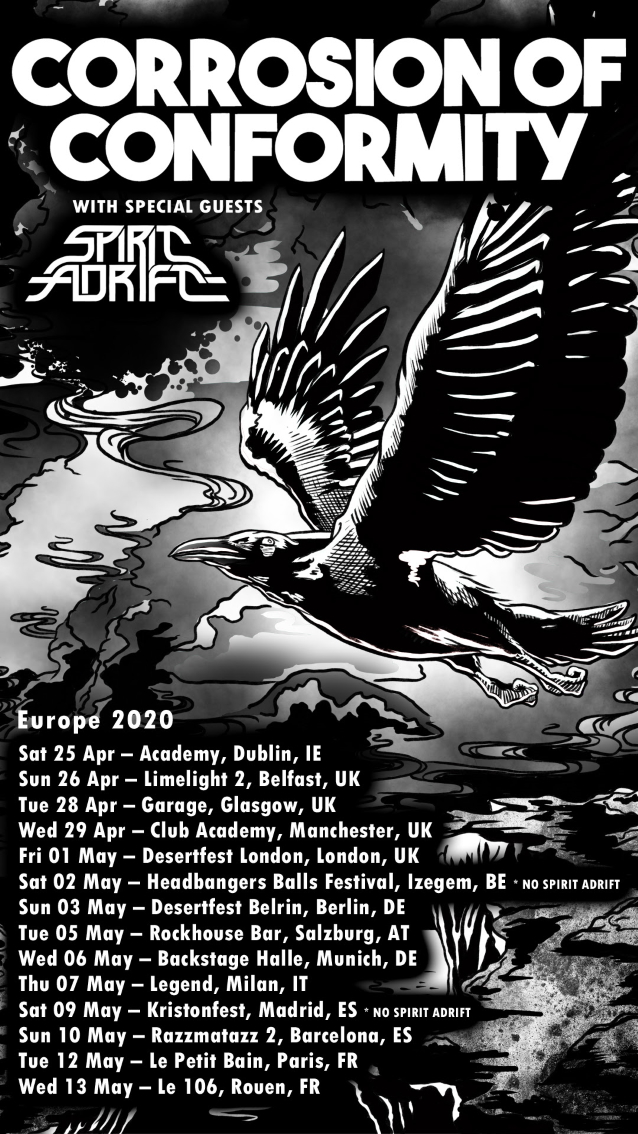