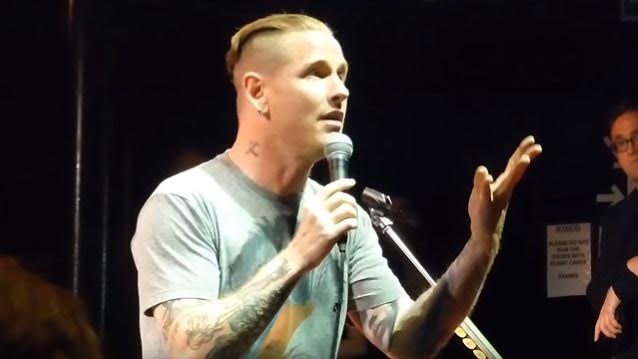 SLIPKNOT and STONE SOUR frontman Corey Taylor has weighed in on the strange situation regarding AC/DC and singer Brian Johnson. The legendary Australian rock band postponed the last ten dates of its recent North American tour after doctors told Johnson he faced "total hearing loss." AC/DC has since announced that it will use GUNS N' ROSES singer Axl Rose as a "guest vocalist" for all remaining shows this year, with Johnson apparently not returning to the band at all.

During the question-and-answer portion of his May 8 solo show at Koko in London, England, Taylor was asked to give his opinion on the Rose-AC/DC pairing. He responded (see video below): "That's an interesting question. You're not the only one to ask me that."

He continued: "There are several ways to look at that situation. There are AC/DC fans who are, like, 'You know what? I just wanna see them play for, like, the last eight, nine shows and then see what happens.' There are other people who are, like, 'Fuck that! I don't like the way they handled the whole Brian situation,' which I can totally see. However, none of us are behind the scenes. None of us know what's been going on. None of us know anything. And I learned that lesson with the GUNS N' ROSES thing. I mean, I'm talking about… I'm a huge GUNS N' ROSES fan. So when [the classic GN'R lineup] started to kind of come back together, I was, like, 'Meh.' But then, talking to some of them, I really saw the whole picture and was, like, 'Okay, I can get behind this.'"

Taylor went on to say: "So I don't know enough about what is going on behind the scenes [in the AC/DC camp]. I can certainly appreciate the fact that Angus [Young, AC/DC guitarist] wants to finish those shows. 'Cause here's the thing you've gotta understand: he's been doing gigs since he was 17 years old. He has been giving everything — and I mean everything he's fucking got — night after night after night after night for fucking fifty years.

"For me… The biggest bumout for me is that Malcolm [Young, retired co-founding AC/DC guitarist] won't be a part of those shows; that's the saddest part of that. I mean, I feel bad for Brian, as a singer, but the saddest part of that is that Malcolm won't be a part of those last eight shows, and he fucking should be. That man has written every fucking song they did. So that's me. That's me. I can go either way with it, but because I don't know a lot about it, I'm not gonna make any judgments."

Rose made his live debut with AC/DC on Saturday night (May 7) in Lisbon, Portugal, and by all accounts delivered a triumphant vocal performance as fill-in for Johnson even if he was still confined to a chair onstage due to the broken foot he suffered during a GUNS show last month. 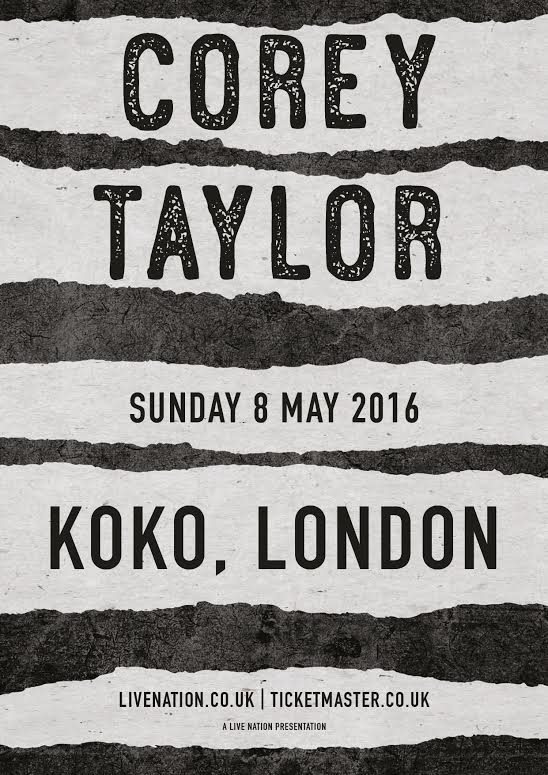