SLIPKNOT and STONE SOUR frontman Corey Taylor is celebrating another year around the sun today with the release of a new animated lyric video for his single "Everybody Dies On My Birthday". Speaking to Metal Hammer earlier this year, Taylor elaborated on the song's significance, stating: "We're all born, and we all die. It's those two things we all have in common; it's everything in between that can be changed." "Everybody Dies On My Birthday" is featured on Taylor's debut solo album, "CMFT", which is available on all streaming platforms.

Furthermore, in celebration of his birthday, Taylor has launched a new limited-edition coffee collaboration: CMFT Private Blend. Taylor collaborated with Menotti's Coffee in Venice, California on this unique blend for friends that love darkish roast flavor, with just a hint of excitement peeking around the corner ready to ride a Rainbow In The Dark. Fans can order a 12 oz. bag now at store.thecoreytaylor.com.

Taylor commented: "We wanted to create something that gave you that same comfortable and cozy feeling you get from a really good cup of diner coffee after you've been riding on HWY 666."

Fans can also visit store.thecoreytaylor.com for a brand new "Everybody Dies On My Birthday" t-shirt design released today. The coffee and merch launch follows a recent appearance on Bert Kreischer's "Bertcast" where Taylor discussed his approach to building one of the most dynamic and thrilling careers in modern music.

"CMFT" made impressive debuts on charts around the world last month, entering at No. 1 on Billboard's Current Hard Rock Albums chart, while claiming No. 2 on Current Rock Albums, No. 6 on Vinyl Albums, and No. 9 on the Top Albums charts. Furthermore, "CMFT" landed Top 10 on the official album charts in Australia, Germany, Switzerland and Austria, with Top 20 debuts in the United Kingdom, Finland and Japan (international chart).

"CMFT" is highlighted by the singles "Culture Head", "HWY 666", "CMFT Must Be Stopped" (featuring Tech N9ne and Kid Bookie), and the Active Rock radio hit "Black Eyes Blue". Taylor also hit No. 1 on Billboard's Hard Rock Songwriters chart following the unprecedented debut of "Black Eyes Blue" and "CMFT Must Be Stopped", the latter of which has racked up four million YouTube views for its star-studded music video. Furthermore, Taylor debuted the pummeling "Culture Head" during WWE's NXT broadcast on the USA network, illuminating yet another facet of "CMFT" and showcasing the broad spectrum of this fiery and fearless rock 'n' roll opus, as Taylor touches on lifelong influences ranging from hard rock to classic rock, punk rock to hip-hop. 14-time world champion and EVP of global talent strategy and development at WWE, Triple H, also shared a WWE exclusive performance of Taylor and his band tearing through the MOTÖRHEAD classic "Ace Of Spades". 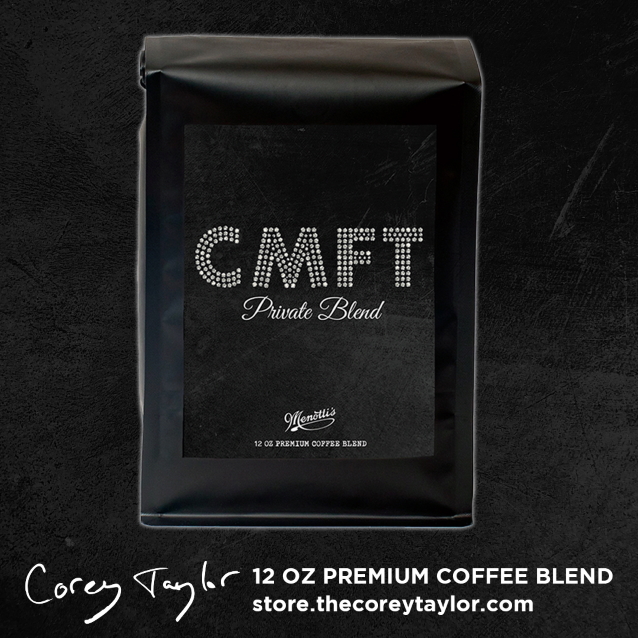