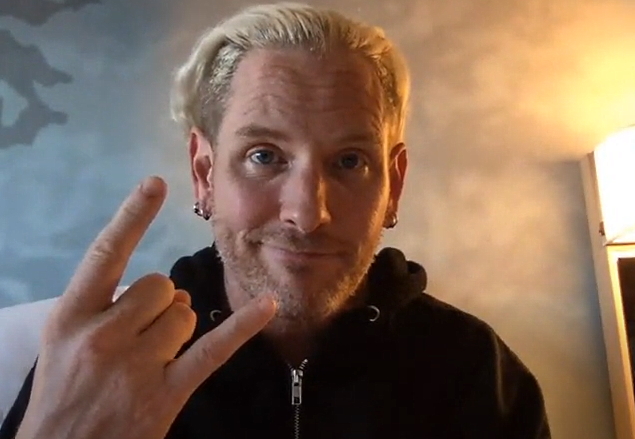 While chatting with fans virtually as part of this year's GalaxyCon, SLIPKNOT and STONE SOUR frontman Corey Taylor was asked if there is a specific genre of music that he would still like to tap into that he has not yet pursued with any of his projects. He responded (as transcribed by BLABBERMOUTH.NET): "I definitely want to do a jazz album at some point. I talked about it in a couple of different interviews and stuff. But I definitely have a certain style of jazz that I kind of gravitate towards more — like a dirtier size of jazz; the whiskey jazz is what they call it… I definitely still want to do a darker acoustic album. I don't write stuff like that all the time, and the reason I don't do that is because it's so easy for me; I can write that shit in my sleep. I like tripping out on all the genres that I grew up listening to and trying to create some amalgam hybrid that is exciting and kind of pops and gets people into the stuff that I was listening to. Other than that, I don't know, man. I've done it all."

Taylor previously discussed his desire to make a jazz album during a December 2018 appearance on RadioVegas.Rocks's "Chaotic Radio". At the time, he said: "I've actually been thinking about doing something like this — putting together a quartet or a quintet and doing a jazz album, like a dark jazz album, [and] recording it live in a room. It won't sell shit. It would really just be for my own fucking personal collection… 'Cause I love jazz. A lot of people don't realize that — I listen to a lot of '40s and '50s jazz. And there is this… the haunting stuff that [Billie] Holiday would do, the older stuff that Charlie Parker would do, when he was really fucked up — that would be the stuff that I would be closer to. And I've got, actually, jazzy versions of some of my own songs that I would love to try. Probably something like 'Prosthetics' [by SLIPKNOT], I think would be really, really cool. And then 'Bother' — I've got a really cool jazzy version of 'Bother' that could be really cool."

Corey, who is fully vaccinated, was forced to call off his appearance at a Michigan pop culture convention a week ago after testing positive for the coronavirus. Taylor first shared the news in a video posted on August 20 on the Facebook page for Astronomicon, the event where he was scheduled to appear that weekend. The 47-year-old musician spent a few days quarantining at a Denver hotel after his diagnosis before returning home.

Taylor completed the latest leg of his solo tour in support of his 2020 album "CMFT" on August 19 in Denver.