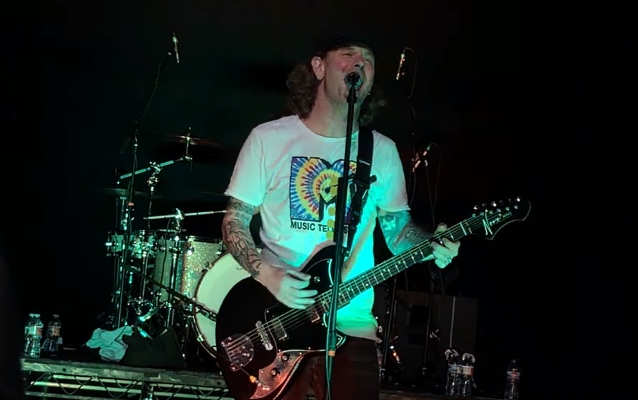 Fan-filmed video footage of SLIPKNOT and STONE SOUR frontman Corey Taylor performing a cover version of David Bowie's "Moonage Daydream" on Sunday, May 19 at Gardenamp in Garden Grove, California can be seen below.

The band's new album, "We Are Not Your Kind", is scheduled for release on August 9.