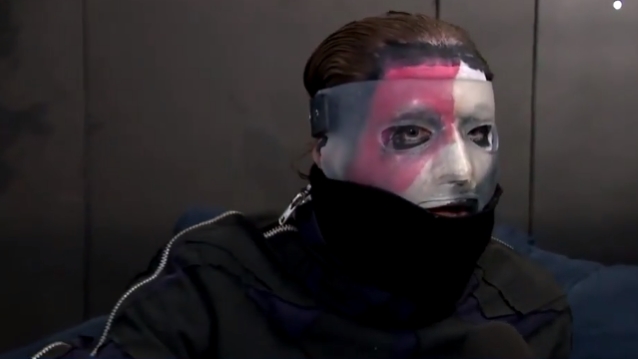 Prior to SLIPKNOT's July 8 performance at the Festival d'été de Québec in Quebec City, Canada, singer Corey Taylor spoke to TVA about how long it takes him to prepare to the band's new stage show.

Regarding SLIPKNOT's new stage production, Taylor said: "There's a lot of fire," he continued. "But the cool thing is that it's very interactive — there's a lot of multimedia going on; there's video, there's fire, there's explosions. The staging is probably the most extravagant that we've had in our whole career."

Taylor underwent surgery on both knees in May and recovered in time to appear with SLIPKNOT on "Jimmy Kimmel Live!" on May 17. He also played a solo show two days later in Garden Grove, California.

The band's European tour ran through a July 5 appearance at the Resurrection Fest in Spain. It will be followed by the "Knotfest Roadshow" headline tour of North America. VOLBEAT, GOJIRA and BEHEMOTH will join as special guests on all dates. Produced by Live Nation, the 29-city outing will kick off July 26 in Mountain View, California at Shoreline Amphitheater and continue through September 8 where it will conclude with a performance at Cynthia Woods Mitchell Pavilion in The Woodlands, Texas.

The group's sixth studio album, "We Are Not Your Kind", will arrive on August 9. It has been preceded by the release of a new single, "Unsainted".