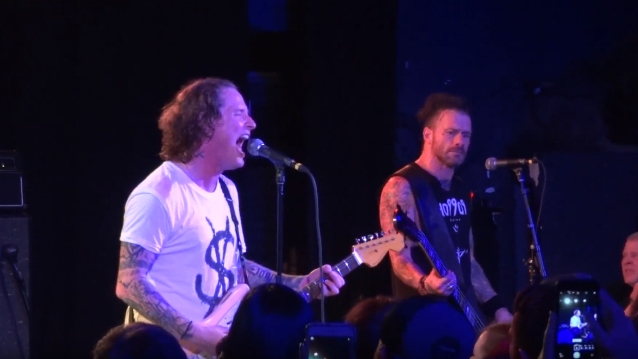 During a recent appearance on RadioVegas.Rocks's "Chaotic Radio", Taylor was asked if he would ever consider trying to cross over to country music, like other rockers have done in recent years. "No," he responded. "Even coming from Iowa — fuck no! Absolutely not. And it's not to say that I couldn't write stuff like that. My interest would be more singer-songwriter kind of vibe, like SQUEEZE or something like that. Or — and I've actually been thinking about doing something like this — putting together a quartet or a quintet and doing a jazz album, like a dark jazz album, [and] recording it live in a room. It won't sell shit. It would really just be for my own fucking personal collection… 'Cause I love jazz. A lot of people don't realize that — I listen to a lot of '40s and '50s jazz. And there is this… the haunting stuff that [Billie] Holiday would do, the older stuff that Charlie Parker would do, when he was really fucked up — that would be the stuff that I would be closer to. And I've got, actually, jazzy versions of some of my own songs that I would love to try. Probably something like 'Prosthetics' [by SLIPKNOT], I think would be really, really cool. And then 'Bother' — I've got a really cool jazzy version of 'Bother' that could be really cool."

Taylor went on to say that he does occasionally come up with music that could legitimately fall into the country genre. "Honestly, I write stuff like that all the time," he said. "'St. Marie', on the new 'Hydrograd' album [from STONE SOUR], was a leftover from some stuff that I'd written that had a very country vibe to it. But it was more California country that the twangy. So it was cool. It was more like the six- or seven-chord vibe."

He added: "Unless I wanted to get super greedy, why would I try to split off and do something else. I'm very fulfilled by the music that I get to make with both bands. Is there a solo album in me? Yes. But it's not gonna be for a few more years." 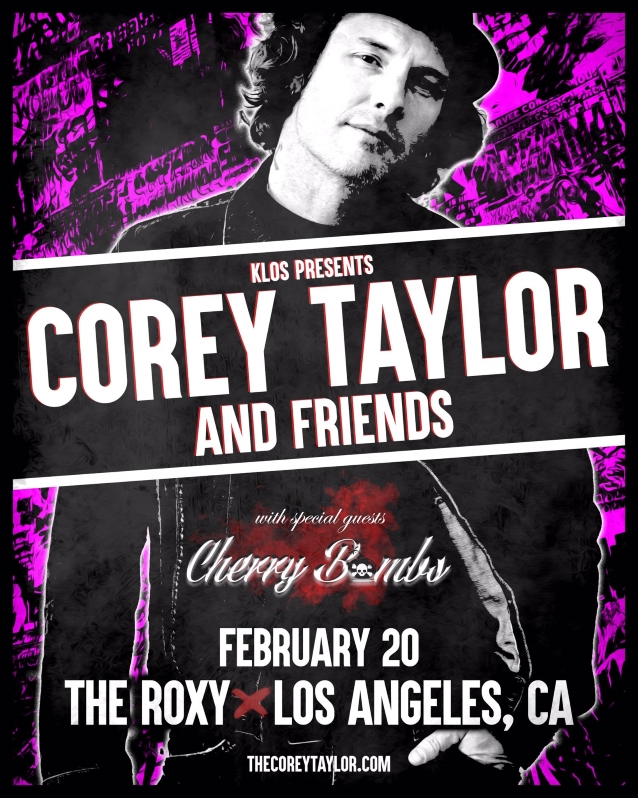