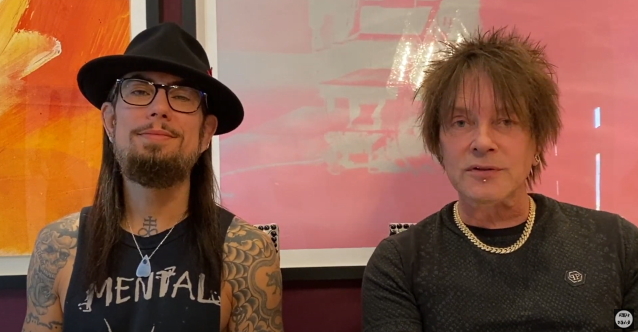 Guitarists Dave Navarro (JANE'S ADDICTION) and Billy Morrison (BILLY IDOL) and an all-star band are gearing up for the third "Above Ground" benefit concert on December 20 at the Fonda Theatre in Hollywood, California. After sitting out 2020 because of COVID-19, Navarro and Morrison will be joined by a diverse group of special guests, including Billy Idol, Perry Farrell, Etty Lau Farrell, Corey Taylor, Taylor Hawkins, Mark McGrath, Steve Stevens, Franky Perez and others. Tickets go on sale Friday, October 22.

As with previous successful events in 2018 and 2019, this immersive evening of art and music with special guests will celebrate the vinyl album as an art form, with the performance of two seminal albums in their entirety, while at the same time raising awareness and funds for the treatment of mental health. Profits from the event will be donated to MusiCares, the leading music charity that acts as a safety net for the music community.

"We are so grateful for Dave and Billy's support of MusiCares with this incredible benefit concert, and for their continued support of our mission over the years," said Laura Segura, executive director of MusiCares. "The proceeds from this event will help music professionals who need various kinds of support, from physical and mental health, addiction recovery, preventative clinics, and more."

In 2018, Navarro and Morrison, with an array of special guests, performed "Kings Of The Wild Frontier" by ADAM AND THE ANTS and then "The Velvet Underground & Nico" by Lou Reed and THE VELVET UNDERGROUND. In 2019, it was David Bowie's "The Rise And Fall Of Ziggy Stardust And The Spiders From Mars" and THE STOOGES' self-titled debut album, on which the world was introduced to Iggy Pop. This year, they'll be celebrating two more musically/culturally seismic albums: Lou Reed's "Transformer" (1972) and SEX PISTOLS' "Never Mind The Bollocks, Here's The Sex Pistols" (1977) which continues their trend of featuring one American artist and one British artist.

Navarro and Morrison said: "MusiCares has literally saved more than a few of our friends from dying. Their role cannot be overstated, and we have precious few organizations that actively step in to help people on the brink. On the frontline, finding and paying for beds in treatment, arranging therapy and counseling, and actually speaking up on a public level about the importance of mental health are all reasons why we continue to do what we can to draw attention to this subject." 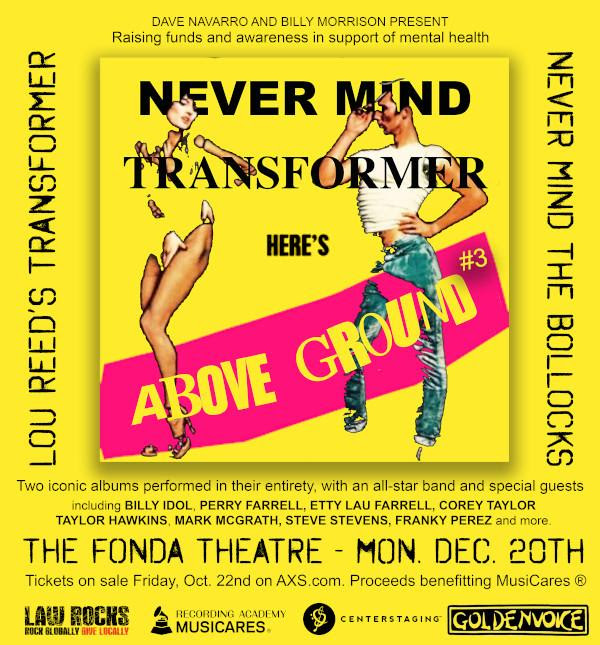