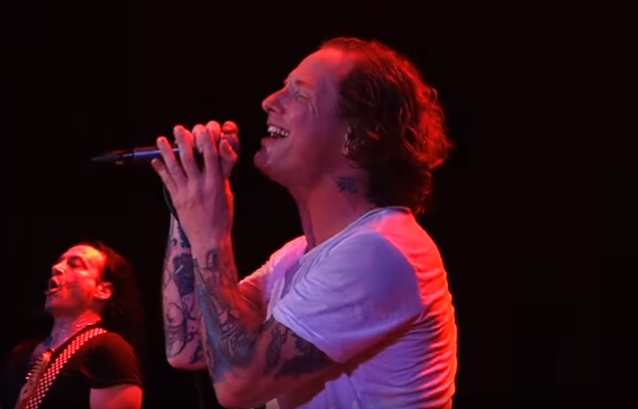 Bret Michaels says that it is an "honor" to see Corey Taylor covering the POISON classic "Nothin' But A Good Time".

The SLIPKNOT and STONE SOUR singer has played the song several times at various concerts over the years, including at his April 13 solo show at Q Casino And Hotel in Dubuque, Iowa.

Over the weekend, Michaels took to his Facebook page to share a video of Taylor's rendition (see below), along with the following caption: "How awesome & what an honor to have the incredible Corey Taylor of SLIPKNOT covering #NothingButAGoodTime Corey and the band are absolutely amazing - check them out in the video from [the April 13] show at the Q Casino!"

Taylor's solo concerts regularly include covers of such artists as GUNS N' ROSES and VAN HALEN.

How awesome & what an honor to have the incredible Corey Taylor of Slipknot covering #NothingButAGoodTime ?? Corey and the band are absolutely amazing ? - check them out in the video from tonight's show at the Q Casino!