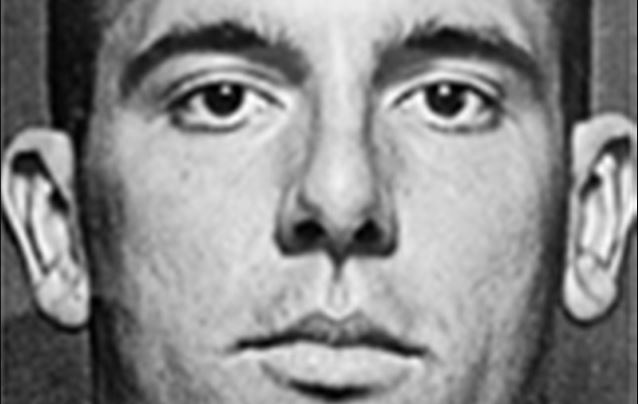 James Niggemeyer — the Columbus, Ohio police officer who is widely credited for saving lives in December 2004 when he entered a local nightclub without backup and killed a crazed gunman responsible for blowing away four people, including PANTERA/DAMAGEPLAN guitarist "Dimebag" Darrell Abbott — tells The Columbus Dispatch in a brand new interview that he is no longer a police officer, largely because of the emotional toll of that night. He remained on patrol for three years after Dimebag murder, but the city eventually decided, with the advice of doctors, that he shouldn't be a first responder. He was transferred to the robbery section as a detective.

"I was diagnosed with post-traumatic stress disorder and severe anxiety disorder," Niggemeyer said.

"I found out real quickly that you don't have any control over your brain. It's going to do what it’s going to do.

"Cops are regular human beings. Things affect us the same way they affect everyday citizens. We relive it and have to deal with the aftermath."

Niggemeyer, 41, who has had a nonpolice job with the city for the past three years and who is "still in counseling," added that the shooting "changed my career path — not for the better, certainly. I'm happy to have been able to end the situation with no further tragedies after I arrived, but it certainly hasn't made my life any better."

A little after 10:00 p.m. on Dec. 8, 2004, 911 operators began receiving multiple panic-stricken calls from the Columbus nightclub Alrosa Villa. During a DAMAGEPLAN concert, a man had rushed the stage and fired shots at the band. In moments, seven people were wounded, four fatally.

Officer Niggemeyer, patrolling just blocks away, was the first officer to arrive on the scene, less than three minutes after the first 911 call was received. Niggemeyer entered the building through the rear; five more officers arrived momentarily and entered through side doors. Dead and wounded citizens lay on the floor, shots were still being fired, and several hundred people were trying to escape.

Despite the chaos, Officer Niggemeyer was able to spot the gunman quickly, near the rear of the stage. Retreating from the other officers, the suspect had grabbed a hostage, immobilized him in a headlock, and was holding a gun against the man's temple. Positioning himself about 20 feet from the suspect, Niggemeyer, armed with a 12 gauge Remington 870, was able to get off one well-placed shot, killing the gunman instantly and ending the carnage. The gunman still had 35 rounds of ammunition when Niggemeyer shot him.

"I remember I was leaving my substation, which is about two miles from the club, when a call came in as a '43 at the Alrosa' — which is police code for a shooting," Niggemeyer told MTV in 2005. "Then, additional calls were coming in about what the suspect was wearing and more shots fired. I was on my way there, so I was the first to arrive on the scene.

"There was a group of people standing by the back door and they called me over to come that way as other officers were arriving on the scene.

"There's no doubt in my mind that [Gale] didn't know I was there," Niggemeyer added. "From where I was, I could see he was focused on the other officers coming in the front.

"I was still hoping maybe he'd let the hostage go and retreat. I was just trying to get as close as I could to assess the situation and hoping he'd [release] the hostage so I wouldn't have to shoot. But then, while he was waving the gun around, he took it and stuck it to the hostage's head … which changed the whole situation, if he was going to possibly execute the hostage. They never mentioned a hostage on the radio calls. I knew at that point he wasn't going to let this guy go, and [might] do something to him.

"I knew from that distance I could shoot the suspect, as long as I aimed high enough and wouldn't hurt the hostage," he said. "At that point, almost immediately, I fired."

Niggemeyer later said that he'd gotten a lot of supportive e-mails from PANTERA's fans, as well as a letter from Gale's mother.

"She wrote me a few weeks after and told me she understood that I was just doing my job," he said. "And she didn't have any ill will toward me."