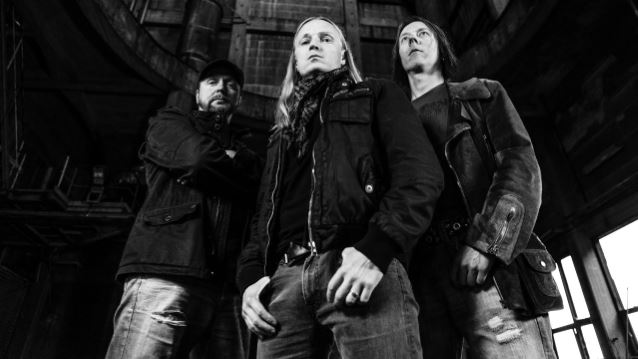 The official lyric video for the song "God Is You" from Finnish death metal veterans CONVULSE can be seen below. The track is taken from the band's forthcoming album, "Cycle Of Revenge", due on March 18 via Svart Records.

As one of the oldest Finnish death metal bands, CONVULSE has a somewhat interesting history, to say the least. Beginning as a full-on death metal band in 1990, the debut demo, "Resuscitation Of Evilness", as well as the 1991 debut album, "World Without God", were more or less successful attempts from CONVULSE to flex their death metal muscles for the whole world.

In 1993, CONVULSE returned to the limelight again, offering two new songs on the "Lost Equilibrium" CD single — and, at the same time, giving a taste of what was to be expected on their second album, 1994's "Reflections". CONVULSE had started incorporating some rock 'n' roll elements into their murky and uncompromising death metal sound, much like some of their Finnish extreme metal comrades (XYSMA and DISGRACE primarily come to mind). The band's "death 'n' roll" sound on their sophomore album divided the CONVULSE fanbase, with some embracing the new direction while facing rejection from others. It's both difficult and pointless to speculate at this point whether the drastic musical change led to CONVULSE's downfall, but perhaps it was one of the reasons behind the split up in 1994. Only the original band members can say for sure...

Fast forward nearly two decades, and new life had been breathed into the old CONVULSE corpse. Who would have expected to see CONVULSE making new music in 2012?! A year later, in early November 2013, CONVULSE's third album, "Evil Prevails", was unleashed by Svart Records onto the death metal world. The album introduced eight songs of dark, wicked and "true" death metal — the "true" CONVULSE style. Churning out dogmatically heavy, untamed, and aggressive death metal, seeing the band return to its true roots was exactly what death metal maniacs needed.

"Cycle Of Revenge" has been in the works for many months already, and during those months, the CONVULSE trio composed eight new songs. The album is shaping up to receive nearly the same musical treatment as what previously happened between the band's first two albums back in the early '90s. However, on "Cycle Of Revenge", CONVULSE really haven't gone back to their "death 'n' roll" mode, but have still made a radical musical shift. Try to imagine combining some of PINK FLOYD's psychedelic, airy moments with Finnish prog-rock masters KINGSTON WALL's beautiful, ear-tickling melodies. Throw in the genuine angst and despair-ridden melancholia of SENTENCED's "Amok" album, and even add some grooviness àla SEPULTURA's later era or SOULFLY, then spice it all up with Rami Jämsä's trademark-ish throaty and belly-trembling death grunts. You may now have some sort of an idea what can be expected from "Cycle Of Revenge". 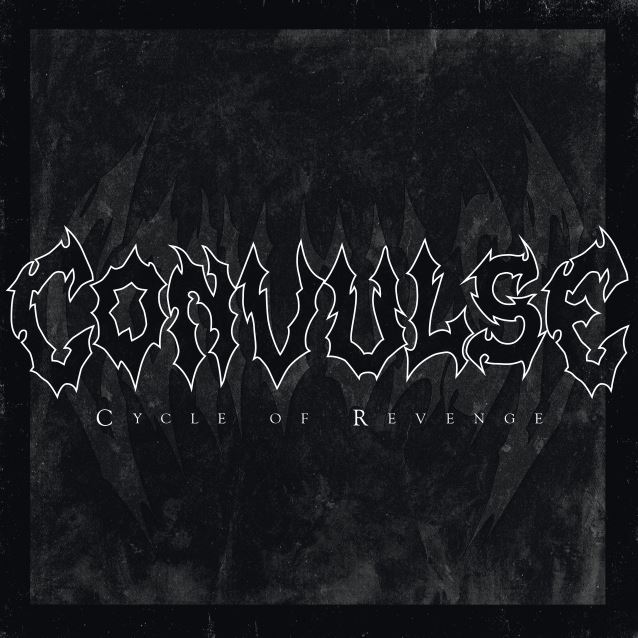