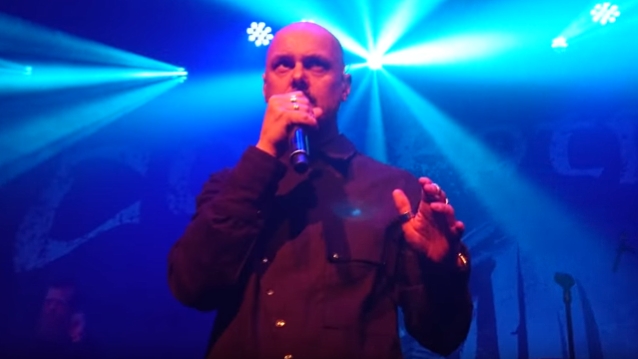 Reactivated Norwegian progressive metallers CONCEPTION, who feature in their ranks former KAMELOT singer Roy Khan, played their first live shows in well over a decade on April 26 and April 27 in their hometown of Gjøvik.

Fan-filmed video fooage of Friday's concert can be seen below.

Since releasing the album "Flow" in 1997, the CONCEPTION members — Roy Khan, Tore Østby, Ingar Amlien and Arve Heimdal — have been working on separate projects, but fans never gave up hope of seeing them together as a band again. There had been rumors and speculations for some time about a possible reunion, and earlier last year, they confirmed that they had quietly been working for some time on this new material.