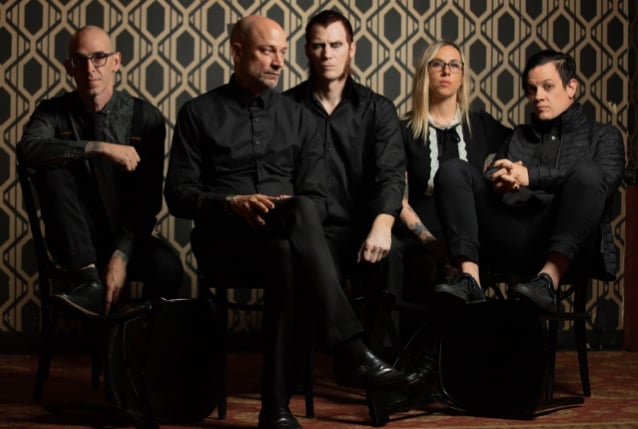 Alt-rock trailblazers COLD have announced that they will hit the road on "A Different Kind Of Tour" this spring, presenting themselves in an all-new, intimate element that recent followers and longtime fans alike cannot miss. Each show will feature a very special full-length stripped-down set of new songs and fan favorites — from "Stupid Girl" to "Shine". The run will begin on April 2 in Laconia, New Hampshire and wrap on May 30 in Flint, Michigan. Tickets for all shows go on sale this Thursday, March 5.

"A Different Kind Of Tour" dates:

COLD has always documented memories and moments in song, etching them forever in diaristic lyrics, cinematic production, and airy guitars. Since their 1997 self-titled debut, the group fronted by singer, songwriter, and multi-instrumentalist Scooter Ward, has consistently converted pain into poetry consumed by a legion of diehard fans affectionately dubbed "Cold Army."

After a dormant two-year period, 2017 saw Ward turn his attention to COLD through once again surveying the events of an ever-changing journey and relying on the same internal compass responsible for his catalog thus far.

"I needed life to happen to be able to create," he admits. "There were probably around 15 years where all I did was live and breathe the band. I needed to separate from that to remember what it was like to not have it anymore. It was extremely important for me to spend time with my family. I did experience writer's block for the first time in my life during the process though. It was brutal, because the one thing I've always had — left me. It seemed the series of events in my life had taken away my soul. It turned around. I've remained adamant about evolving a bit with each record. Approaching every chapter as a new beginning is paramount and necessary for it to be a true COLD album."

That's exactly what he made with his 2019 debut for Napalm Records, "The Things We Can't Stop". In order to overcome the drought, he returned to his "alternative roots," spinning favorite records from THE NATIONAL, INTERPOL and PLACEBO in addition to reading musician biographies. Discovering Nick Cave's "One More Time With Feeling" documentary proved eye-opening. Not only did he watch the film over twenty times and develop a deeper appreciation for the artist, but Ward credits him for "breaking my block."

He recorded the album in multiple locations. Drums and bass would be cut in Phoenix with Jeremy Parker at Equinox Studios joined by Nick Coyle (guitar, keys, backing vocals), Lindsay Manfredi (bass) and Aaron Fulton (drums). The rest of the material came to life at Ward's home studio in California and in the woods of Pennsylvania at Nick's.

With instrumentation in place, his vision unfolded in classic COLD fashion.

"Every time we begin a record, I wait for the music to tell me what the songs will be about," he explains. "I can never start a record with a preconceived notion of how it will end. The notes from the piano dictate the stories within the songs. I needed this to be an album with elements from all of the past albums…along with a new sound. As songs started forming, I felt they helped me deal with things happening in my life. They were therapeutic. It seemed powerful in that it took all of the bad things going in my head and gave me hope."

In the end, "The Things We Can't Stop" shines a light on life's tragedy only to color it with beauty as COLD has always done.

"When you listen to this, if you're going through something tragic, maybe you can take a small bit of hope that you're not alone," Ward leaves off. "To me, COLD means family. The fans who have stayed with us throughout the years and the people who have worked with us and are all connected through the music. The shows are reunions. These people have become my life. I'm extremely thankful." 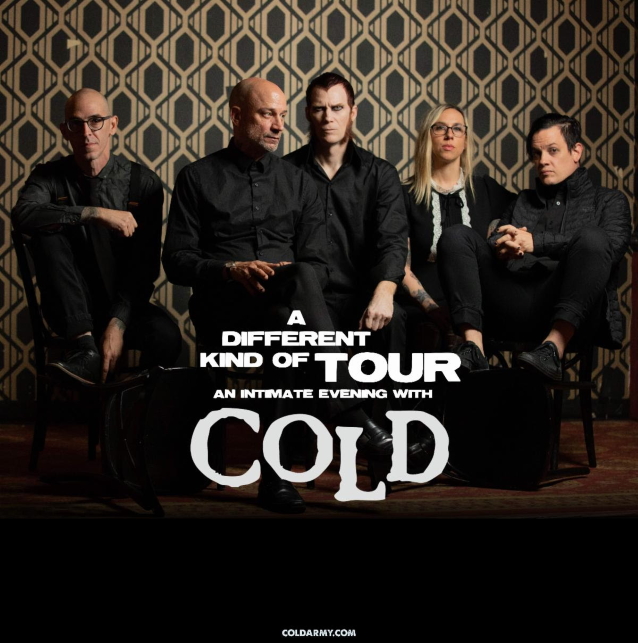