Fueling a tradition of cultural cross-pollination, modern progressive rock band and storytellers COHEED AND CAMBRIA have announced their own coffee brand, Coheed And Cambria Coffee Roasters.

As avowed coffee lovers, the band worked directly with the team at J Gursey Coffee Roasters to create custom blends that reflect the nuances of characters who make up "The Amory Wars", the sprawling sci-fi concept arc which ties nearly every COHEED album together. Enlightened fans will recognize "The Knowledge And The Beast" as the classified code names of "The Amory Wars"' two most notable characters, Coheed and Cambria Kilgannon. "The Knowledge" (Cambria), is a smooth delicate blend of light and dark roasted coffees from the African/Ethiopian/South American regions. Its counterpart, "The Beast" (Coheed), is "coffee with a bite." The robust medium/dark roast with a kick of espresso comes from the regions of African/Papa New Guinea/South America and Central America, and is cloud roasted at a 460 degrees Fahrenheit drop temp.

COHEED AND CAMBRIA's Claudio Sanchez explained: "As an avid coffee drinker, I've been enjoying this experience of creating flavor profiles that embody the integral characters of our life's work. They truly are what wake me up in the morning... and now, even more so."

Both are available in whole bean or ground options. The new brand also unveiled attractive, sci-fi accented accessories, including matching matte finish mugs, an Asobu collaborated pour over coffee maker/carafe and matching travel orbs. The coffee and accessories are available now at www.coheedroasters.com, and the new company can be found on Instagram at @coheedroasters.

Renowned for the most precise and consistent roast possible, Las Vegas-based J Gursey Coffee Roasters has distinguished itself as the preeminent gourmet coffee artisan. Meanwhile, COHEED AND CAMBRIA consistently expand their world and ever-growing sphere of influence. Sanchez recently announced a partnership between his comic book brand Evil Ink and leading action figure manufacturer and collectible producer NECA to release an inaugural line of "The Amory Wars" action figures in December, which are now sold out. Their next release is in the works.

COHEED AND CAMBRIA have a handful of tour dates scheduled for 2021, including a currently scheduled gig with BLINK-182 in Milwaukee, Wisconsin on July 2, Riot Fest in Chicago, Illinois on September 16, and their very own S.S. Neverender cruise setting sail from Miami, Florida on October 26. For tickets and more information on COHEED AND CAMBRIA's tour dates please visit their official site.

Comprised of Claudio Sanchez (vocals / guitar), Travis Stever (guitar), Josh Eppard (drums) and Zach Cooper (bass), COHEED AND CAMBRIA has gripped listeners and press around the globe with its visionary compositions and conceptual mastery. In 2018, COHEED AND CAMBRIA made a stunning return with its new album "The Unheavenly Creatures", which debuted at No. 1 on Billboard's Hard Rock Albums chart, No. 6 current sales and Top 15 on the Billboard 200 chart. Boasting 15 songs over 78 minutes, "The Unheavenly Creatures" marked COHEED AND CAMBRIA's furious return to concept albums, the 'First Act' in a brand-new story arc set within the backdrop of "The Amory Wars" universe. The acclaimed record is highlighted by standout tracks "The Gutter", "Unheavenly Creatures", "The Dark Sentencer" (premiered by Marvel Studios) and "Old Flames", the latter of which features an official music video directed by Charles "Chas" Todd. The cinematic clip features striking choreography masterminded by Broadway luminary Jon Rua, who is known for his roles in the 12-time Tony-nominated "Spongebob Squarepants" and the Tony- and Grammy Award-winning hit musical "Hamilton". More recently, COHEED AND CAMBRIA teamed up with Grammy Award-winning singer Rick Springfield for a sequel to one of the most iconic stories in rock 'n' roll history with "Jessie's Girl 2". 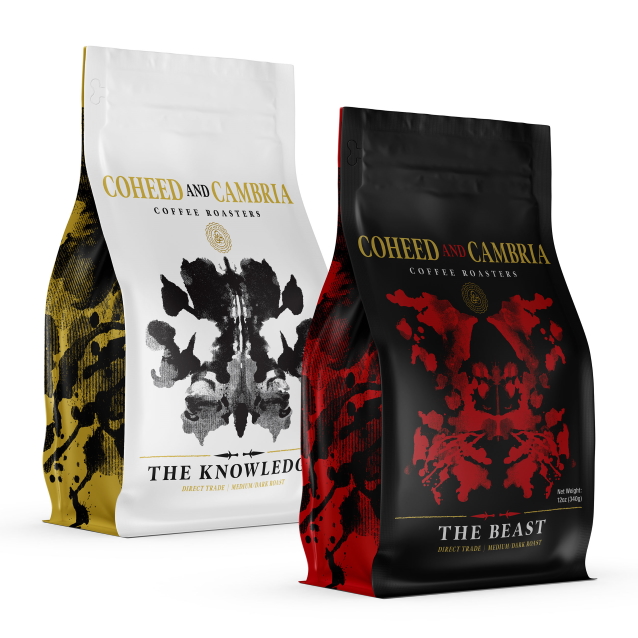