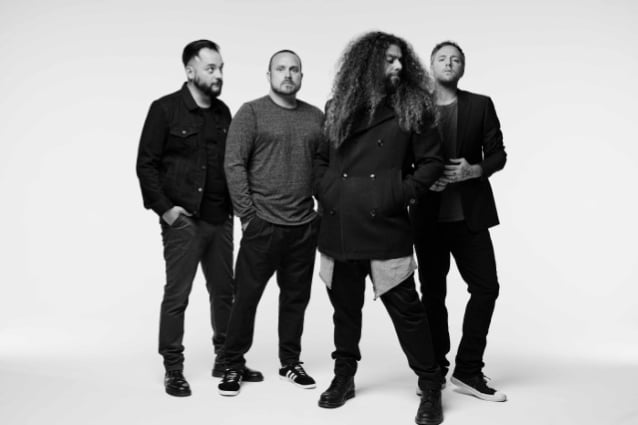 COHEED AND CAMBRIA has debuted the official music video for "Old Flames", the latest track to be released from the band's highly anticipated LP, "The Unheavenly Creatures". The clip was directed by Charles "Chas" Todd and features striking choreography masterminded by Broadway luminary Jon Rua who is known for his roles in the 12-time Tony-nominated "Spongebob Squarepants" and the Tony- and Grammy-winning hit musical "Hamilton". A swinging pop-rock anthem with barreling piano and sonic nods to the fifties, "Old Flames" is available at all digital service providers.

"The Unheavenly Creatures" is a sprawling 15-track, 78-minute epic which finds COHEED AND CAMBRIA returning to the conceptual narrative of "The Amory Wars".

Set for release on October 5, the box set includes an exclusive 80-plus-page hardcover illustrated sci-fi novel with strikingly realistic color imagery by Chase Stone, as well as the complete "Act 1" novella written by frontman Claudio Sanchez and his wife, Chondra Echert. The set also houses a fully wearable hard-plastic mask of the main character in "The Unheavenly Creatures", a CD copy of the album, as well as the exclusive bonus album, "The Crown Heights Demos", showing the songs in their original written form. Additional items include a three-panel fold out poster of expanded album cover art, and "The Unheavenly Creatures Black Card" which allows all card holders early access to tickets and early entry to COHEED AND CAMBRIA headline dates.

COHEED AND CAMBRIA recently released "The Unheavenly Creatures"' 10-minute prog manifesto, "The Dark Sentencer", which was leaked to fans by frontman Claudio Sanchez along with the opening paragraphs from the album's aforementioned novella. 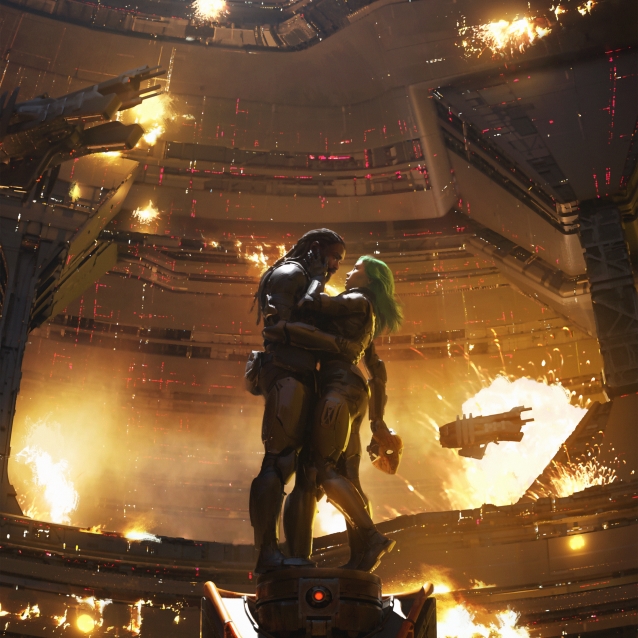